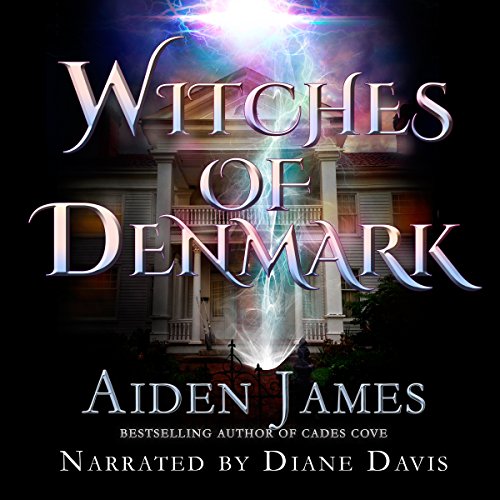 Sebastian Radu is an unusual kid...perhaps the most unusual young man presently living in America. That's because he's a 125-year-old warlock who looks all of 18.

Born to a Romanian family of witches, whose lifetimes often extend beyond 600 years, the Radus have long been at war with another family of similar dark gifts, the Mateis. When the Mateis step up their efforts to wipe the Radus from the face of the earth, Sebastian and his family flee Chicago and head south to the quaint and quirky town of Denmark, Tennessee.

Home to pre-Civil War majestic homes, lingering race issues, and the world's largest frog leg fry, Denmark is the perfect place to hide...provided the Radus can fit in where life moves at a much slower and non-magical pace. Residing in an old plantation house known locally as Twin Magnolias, the family begins to settle into the community...until their old enemies show up.

Under the threat of war steeped in deadly sorcery, Sebastian and his family are faced with choices that will affect their well-being and the town's survival. Either they resolve their long and bitter dispute with the Mateis witches...or watch the ancient conflict destroy them all.

What listeners say about Witches of Denmark

Not my genre but pleasantly surprised

What did you love best about Witches of Denmark?

I love any story that the narrator brings to life. The narrator did just that.

Several but the grandmother. I liked her attitude about life and problems.

Have you listened to any of Diane Davis’s other performances before? How does this one compare?

No, this is the first time I have heard her but she did an outstanding job.

I have no suggestions on this.

This is not a book that I would normally listen to, but my wife talked me into it. I was surprised how I got into it after a while. The narrator made it very believable.

What a Fun Story!

I had read this book a while back and definitely enjoyed the read. However, going back and listening to the book was a wonderful experience! The characters in this book are so rich, and it seems that the narrator did a great job of bringing them to life. There is so much subtle humor in the story, as well as a well- told tale, as is always the case with Aiden James. Listening to the book was a great experience that I highly recommend!