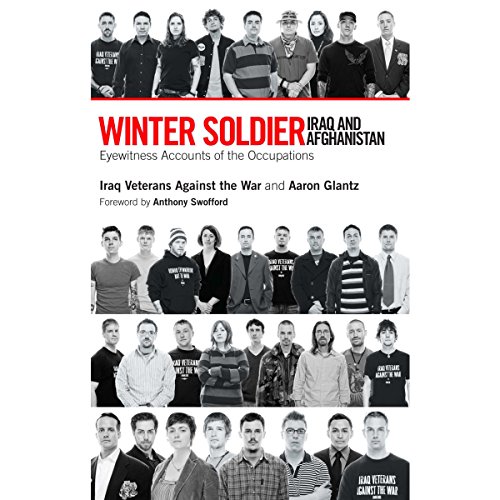 “The only way this war is going to end is if the American people truly understand what we have done in their name.” (Kelly Dougherty, executive director of Iraq Veterans Against the War)

Iraq Veterans Against the War argues that well-publicized incidents of American brutality like the Abu Ghraib prison scandal and the massacre of an entire family of Iraqis in the town of Haditha are not the isolated incidents perpetrated by “a few bad apples,” as many politicians and military leaders have claimed. They are part of a pattern, the group says, of “an increasingly bloody occupation.”

"Here is the war as it should be reported, seeing the pain, refusing to sanitize an unprovoked attack that has killed over one million people. All over America are victims who have returned from this conflict with hideous wounds - wounds that turn the lives of the entire family upside down.

And the American people are not seeing this. Until now.

"Winter Soldier, an enormously important project of Iraq Veterans Against the War, cuts this debacle to the bone, exposing details hard to come by and even harder to believe. This is must reading for patriots who have already begun the effort to insure that this never happens again." (Phil Donahue)

"Winter Soldier makes us feel the pain and despair endured by those who serve in a military stretched to the breaking point by stop-loss policies, multiple combat tours, and a war where the goals and the enemies keep shifting ... [and] also make[s] us admire the unbreakable idealism and hope of those men and women who still believe that by speaking out they can make things better both for themselves and for those who come after them." (San Francisco Chronicle)

What listeners say about Winter Soldier: Iraq and Afghanistan

You will NEVER hear these stories on the front page of the family newspaper— they're certainly not on the broadcast TV news.

These important, often tragic stories from the front tell not only of the war crimes and tresspasses in the combat zones, but of the institutionalized military culture that changes every outcome, often at great personal expense.

In matter-of-fact, un-sensationalized voices, we get the view from the Front and from within.

The studio team at Audible did a terrific job casting this audiobook— it comes alive with multiple voices that sound like the amazing diversity of the book: every region of America, every race and class, men and women, young and old.

The book was very good but almost all the introductions were missing, which made the listening to the book less enjoyable.