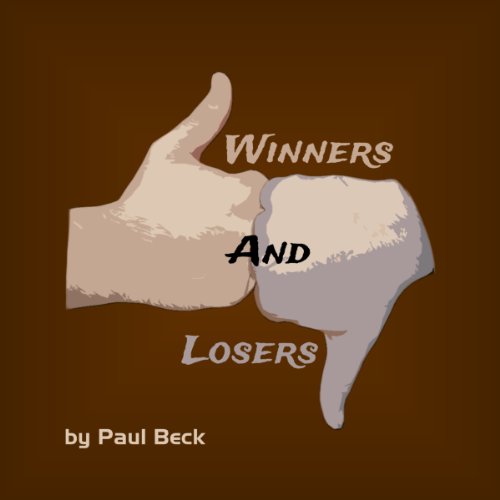 Originally course notes for a creative writing class, Winners and Losers is a mix of poetry, philosophy, and comedy - a 75-minute reading of the various whimsical things that could make one a loser. Performed with a wry wit by noted audiobook voiceover artist Alec Sand, listeners will find this collection of statements at turns thought-provoking and amusing, whether they agree that "If you live in Hawaii and don't surf, you are a loser" or "If you think that everyone is beautiful, you are a loser."

More than just a 724 point list, this book is part philosophy, part poetry and part standup comedy routine. It will change the way you write, change the way you think, and ultimately change the way you live. Winners and Losers is a thought provoking and sometimes controversial examination of the human character. Every page is guaranteed to provoke discussion, dissonance and laughter.

This "audiobook" is on sale for $3.91, and for good reason. This is one of the worst pieces of writing I've ever encountered: unoriginal, unimaginative, and certainly far from "thought provoking" and "controversial." HOW this made it to a recording studio, (much less to a publisher) is beyond me. An open mic night would have been more engaging. The Publisher's Summary said: "More than just a 724 point list, this book is part philosophy, part poetry and part standup comedy routine."
Mmm. No. It's just a 724 point list- and a negative point list for that matter. The Publisher's Summary also said: "It will change the way you write, change the way you think, and ultimately change the way you live." Really. (How presumptuous!) It didn't change the way I write, think or live. So... No, no and no. (Sorry for the hostility. It's surprising even to me. Can you imagine what my review would have been if I had paid MORE than $3.91? :-)

horrible may even be a practical joke

This was not a book. It is not philosophical, educational, or even entertaining. its literally a little over an hour of a guy listing things that make people winners and losers. "If you are X you're a winner". "If you're Y, then you're a loser". Although it was only 4 dollars, I am going to try to get my money back out of principle.