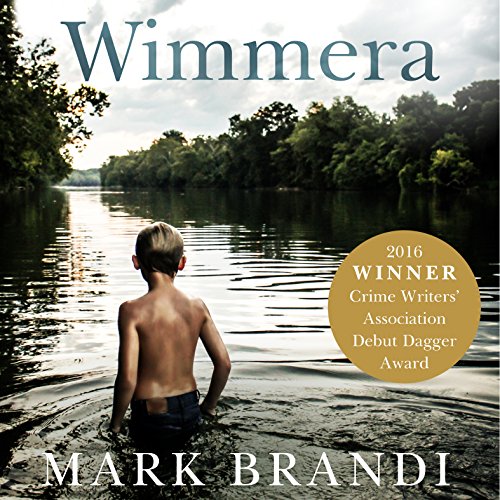 An unforgettable debut that brings the darkness in an Australian country town vividly to life as it slowly reveals its devastating secrets.

In the long, hot summer of 1989, Ben and Fab are best friends. Growing up in a small country town, they spend their days playing cricket, yabbying in local dams, wanting a pair of Nike Air Maxes and not talking about how Fab's dad hits him or how the sudden death of Ben's next-door neighbour unsettled him. Almost teenagers, they already know some things are better left unsaid.

Then a newcomer arrives in the Wimmera. Fab reckons he is a secret agent, and he and Ben stake him out. Up close, the man's shoulders are wide and the veins in his arms stuck out, blue and green. His hands are enormous, red and knotty. He looks strong. Maybe even stronger than Fab's dad. Neither realises the shadow this man would cast over both their lives.

Twenty years later Fab is still stuck in town, going nowhere but hoping for somewhere better. Then a body is found in the river, and Fab can't ignore the past any more.

Wimmera is the 2016 Winner of the Crime Writers' Association Debut Dagger.

The sights and smells of the country around Stawell and the Grampians are the beautifully evoked setting for this dark and frightening novel. It's difficult to put this book down, as almost every chapter concludes with a feeling of suspense. Although set some forty years ago, the underlying themes are of particular interest at this time.
There's some very explicit language and the action is frequently brutal. If you're able to read/listen to such writing I thoroughly recommend Wimmera'.

Amazing book. If you were a kid growing up in the 80s in Australia, this will feel very familiar. The ominous undertones and sense of foreboding start on page 1 and never let up. I loved this book.

Very disappointed in the book. it had rave reviews and was supposed to be a thriller. Thete was no suspense. You knew in your mind what would happen and why.

Challenging subject matter. A raw, intricately detailed exploration of the nature of childhood and friendship.

Congrats to the author and narrator. A great story throughout. Found it hard to pause from listening.

A suspenseful Australian story. Quiet tragic. Characters were engaging. Narration was great - easy to listen to. Read or listen if you liked Jasper Jones. Not suitable for children.

Well Worth the Read

I'll remember this book for a very long time

took a long time to get to the point and the plot, whilst sad, was predictable. Narrator's voice was terrible....I returned it

I read this off the back of reading ‘Less’ so it was a tall order to hit a mark that would leave me feeling satisfied. Firstly I was disarmed by Brandi’s extraordinary ability to capture the very essence of what it was like growing up in Australia in the 70s and 80s. The innocence of the 2 main characters and the business of negotiating childhood is exquisite.
But the darkness that creeps into their lives is so subtle that the growing tension leaves you on edge and yet totally ill prepared for the devastating conclusion. No book has ever had me in tears. And as Wimmera drew to a close I sobbed and sobbed.
I loved this book and felt profoundly moved by Fabio Motta’s gentle tender read. His narration provided perfect nuance to Brandi’s story of youthful innocence betrayed and destroyed beyond all recognition.

Just seemed to be missing bits

The story itself was good, but where there was lots of detail in the beginning, it just trailed off at the end, and finished rather abruptly.

The story is slow. The portrayal of female characters is extremely shallow and they are there merely as objects for the male gaze. The topic child abuse is poorly handled and the characters are unsympathetic. Brandi attempted to make us sympathetic to the characters purely because they were victims of abuse and bullying without making the characters themselves interesting and sympathetic. It smacks of lazy writing.