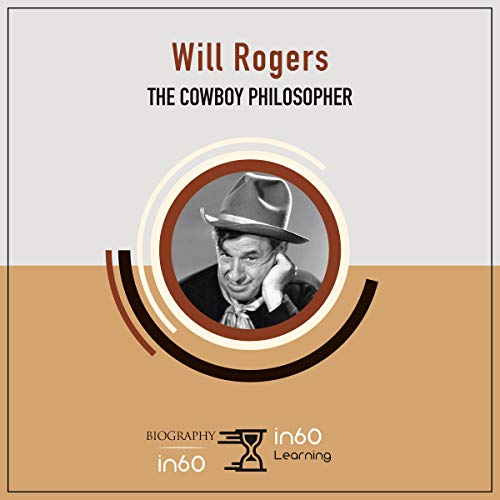 Will Rogers: The Cowboy Philosopher

Will Rogers (1879 to 1935), born William Penn Adair, was an American stage and film actor, vaudeville performer, and newspaper columnist, known primarily for his humor and social commentary. He is significant in that he was a Cherokee citizen born in the Cherokee Nation, Indian Territory (now part of Oklahoma).

During Rogers’ long career, he made over 70 films and wrote more than 4,000 newspaper columns. Rogers was born in 1935 and was raised and worked on his parents' ranch The Dog Iron Ranch in the Cherokee Nation, Indian Territory.

Rogers' cowboy rope act led to success in the Ziegfeld Follies, a series of vaudeville shows in the early 20th century. These, in turn, led to Rogers’ motion picture success, both in silent films, like The Headless Horseman and One Glorious Day (both released in 1922), and "talkies" like They Had To See Paris (1929) and So This Is London (1930).

Rogers died in 1935 further pursing one of his greatest passions in life: aviation. He died along with famed aviator Wiley Post in a plane crash at Point Barrow, Alaska, as their aircraft failed on take-off. Rogers, the humorist philosopher, is still remembered today for his witty aphorisms and still widely quoted.

Rogers’ tombstone reads: "I joked about every prominent man of my time, but I never met a man I didn’t like" - an epitaph Rogers wrote for himself and said of it: "I am so proud of that, I can hardly wait to die so it can be carved."

What listeners say about Will Rogers: The Cowboy Philosopher