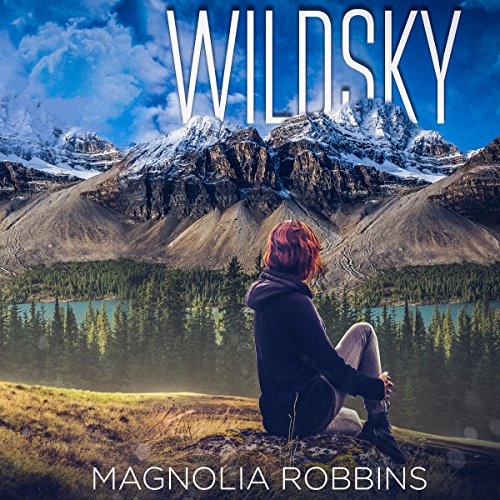 Grace Allen had always been a big fish growing up in a very small pond. Of course, just about any place was bigger than her tiny town of Chetwynd, nestled in the wildlands of northern Canada. So when she left to attend college in the states six years ago, she thought she’d never look back. That was until a terrifying breakdown brought her overly ambitious life crumbling down around her.

Shiloh Pierce had always embraced her small town in Canada, with no intention of ever leaving. A quiet cabin and living off the land was all she really needed. Except six years ago her best friend and the love of her life moved thousands of miles away, leaving a gaping hole that she was unable to fill and throwing her entire world off of its axis.

When a damaged and broken Grace finds herself back in Canada over a half decade later, she too finds herself face-to-face with a friendship and a love story that had never quite finished. As Grace begins to reacquaint herself with Chetwynd, she too begins to rebuild her tarnished relationship with Shiloh. Together, the two begin to discover what they’ve really been missing in their lives, and that maybe they can help each other overcome their complicated pasts after all.

What listeners say about Wildsky

I Love the story!

I love the story let's get that out there right now. The characters were down to earth and relatable, I was feeling their pain. Mental illness is not something that we discuss enough in fiction, let along mental illness while dealing with a relationship. I thought Maggie did an excellent job of showing the stress of all of those things. And the support system that Grace had even though she didn't really know how great it was. My only real issue with this audiobook was the narration, the narrator's voice just didn't do it for me. And it make it hard for me to finish the book, but I did finish it and I loved the story.

I loved this book. One thing that was a little weird is that Grace didn't recognize Shilo " the love of her life"when she saw her again after only 6 years. literally had dinner with her and thought she looked familiar, but didn't know who she was until her mother told her.

Applause for touching on Mental Health

With so many books never mentioning depression or anxiety it is nice to see a glimpse into the Mental Health world. These young women showed a connection to one another & to family. The book takes us on the ups and downs of a lesbian relationship in a small town.

An important book but...

As the subject of mental health is an important subject, especially with young LGBTQ, this book is important, and very well written. The characters are well developed and there is a twist in a way, that I will not write about, not to spoil the reading. It was very difficult for me to listen to this book because the narration was one of the worst i have listen to in the 3 years or so that I am using audiobooks. The narrator chose to give all the characters different voices, which is generally an excellent idea, but for that the narrator need to have to ability to do so, Joan Dukore does not. Grace who is one of the two main characters has this annoying 5 year old girl’s voice and to think that she is going eventually teach at a university... if I had a professor with such a voice I would run east and far away...

I enjoyed this novel and being able to listen while I was driving. I do believe the author did an excellent job in telling the story although I have no first hand knowledge of the subject.

So I love this book for so many reasons the story and the content of it is really good I felt close to the characters and the story. Narrator was good . I really recommend this book . Well done .