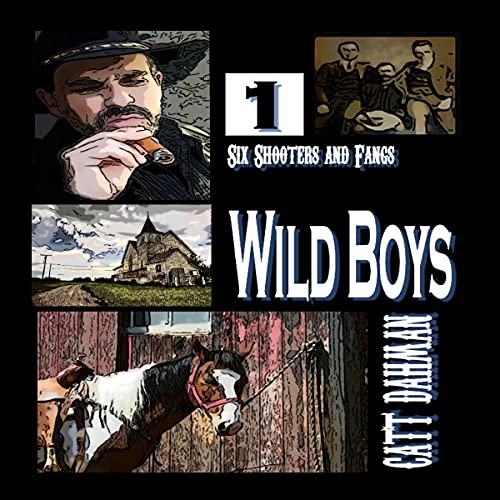 The old west was not as most think. Hidden in dark corners and acting in secret, vampires hunt in saloons and small towns. Fortunately, there are Hunters on their trail: Tell Starr, Kit Darling, the notorious Paris Fallon, and Doc Holliday. Wild Boys explores the loves and losses of Doctor Henry Holliday, famed gunslinger, but also delves into the mysterious blood suckers and their insatiable thirst.

Tombstone, Arizona, has more trouble than the men who fight at the OK Coral and stalk Wyatt Earp; the town has an entire pack of vampires who intend to drain the town dry, in more ways than one. A little old west, a little vampire action, and a lot of gun-slingin' fill the story, and many will die from six shooters or fangs. Let the Wild Boys ride in the first of a series of epic tales.

What listeners say about Wild Boys