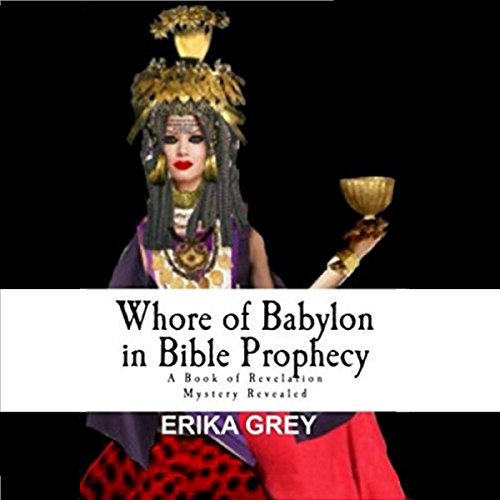 Whore of Babylon in Bible Prophecy

Would you like to understand the Whore of Babylon prophecy described in Revelation 17 and 18? Why does the Whore wear purple and red and ride a red beast, and why is her name branded on her forehead?

The Whore of Babylon in Bible Prophecy: A Book of Revelation Mystery Revealed examines this passage while revealing new details of "Mystery Babylon" along with compelling evidence of the Whore of Babylon's identity along with her role in the Revived Roman Empire and her coming judgment.

You will also learn historical and often missed details of the Queen of Heaven, the Vatican, and the tie to the mysterious Zechariah five prediction and how the 10 king prophecy showcases modern politics. Disclosed is overwhelming proof the city of seven hills is Rome and many other details missed by other Bible expositors.

What listeners say about Whore of Babylon in Bible Prophecy

The Antichrist of Rome

This concise 3 hour book is filled with many scriptures and secular history. The Bible calls idolatry as prostitution. i agree that the city of Rome built on seven hills will be the Antichrist s 42 month world capital

I keep rewinding this book is so good! Her scriptures are on time. It open my eyes to. A few questions I pondered on.