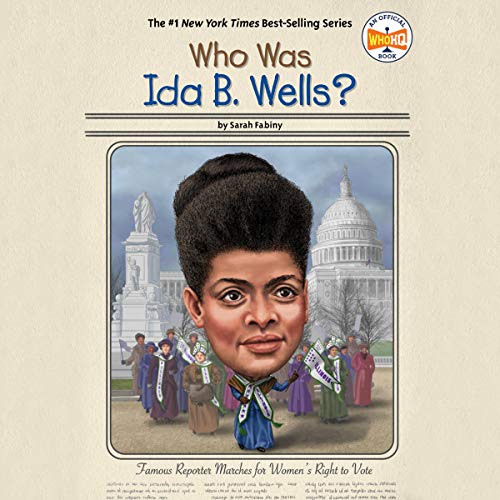 Who Was Ida B. Wells?

By: Sarah Fabiny, Who HQ
Narrated by: Robin Eller

The story of how a girl born into slavery became an early leader in the civil rights movement and the most famous black female journalist in 19th-century America.

Born into slavery in 1862, Ida Bell Wells was freed as a result of the Emancipation Proclamation in 1865. Yet she could see just how unjust the world she was living in was. This drove her to become a journalist and activist. Throughout her life, she fought against prejudice and for equality for African Americans. Ida B. Wells would go on to co-own a newspaper, write several books, help cofound the National Association for the Advancement of Colored People (NAACP), and fight for women's right to vote.

What listeners say about Who Was Ida B. Wells?