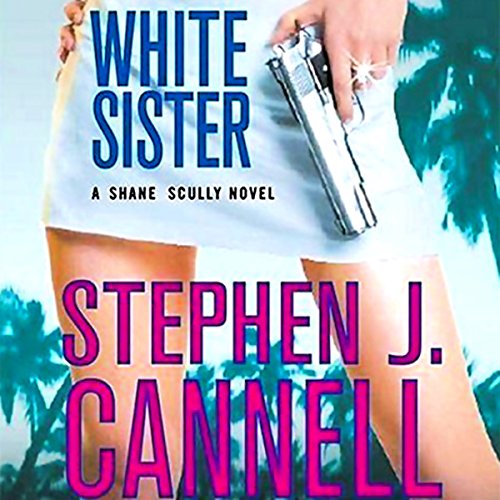 Leaving L.A.'s Parker Center, Shane Scully and his wife, Alexa, agree to meet at home in one hour. Shane gets there; Alexa doesn't. In the middle of the night, he's called to a crime scene on Mulholland Drive: The African-American victim, who appears to be a Crip gangbanger, has been executed gangland style. Shockingly, the body is in Alexa's car and her gun is found nearby. But Alexa is missing. Shane's frantic investigation into his wife's disappearance soon takes him inside a bitter and violent feud between two rival hip-hop record companies.

At the center of this war is one of the most lethal adversaries he's ever encountered: Stacy Maluga, a trashy, beautiful, Lady Macbeth-like white woman raised in Compton, married to a multi-millionaire rap mogul and known in the gangsta hip-hop world as the White Sister. Shane is no stranger to big trouble, but this time he's met his match in a powerful and media-savvy enemy who could put him in jail, order a hit on him, or utterly destroy his reputation. Worse, Shane fears that his wife may be dead and that the White Sister is behind it.

What listeners say about White Sister

I've enjoyed all the Shane Scully books and have to admit getting a little bit "misty eyed" at the end of this one. After several books, you get to know the characters so well. I hope there are more to come. And as always, Scott Brick is unmatchable!

Another excellent book by Stephen Cannell. This one I wish I could see on the big screen or as a DVD. The character John Bodine was hilarious. This book confirmed why I love reading books audibly unabridged. There is just no way you can get the appreciation of a character like John Bodine without the right dialect/diction. I got emotional in some parts. Scott Brick is an excellent reader. I highly recommend this book to Scully fans.

Steven J Cannell Is My New Favorite Writer,
As A Robert B Parker & Michael Connelly Fan
Shane Scully, Is Right Up There With Spenser And Harry Bosch.. Thank You Authors For Making The Listeners,Experience such great adventures Hour after exiting hour..thank you all Carl,

Definently worth your credit

I've listened to as many Stephen Cannell novels as possible and they never disappoint. There is a real sense of emotion between the characters and the reader/listener. I found myself enjoying this book even more than Michael Connelly's latest few works. Yes there are several implausible situations but they work to make the story have a dimension that would otherwise be just another detective novel. I find myself thinking of this story weeks after finishing it. It is well written and Scott Brick's talents are in full array. You can't ask for a better author/narrator team. If you are a fan of detective novels this is definitely worth a credit.

I listened back-to-back to about 4 of the Shane Scully series so by the end of this one I was totally hooked. Cannell does a great job of evolving characters. The character of John Bodine was a bit over the top but added great color and humor - which was sometimes needed. I'm anxious for Audible to get the next Shane Scully book. As always, Scott Brick does a great job narrating and is my #1 audio book narrator.

The first couple of chapters find detective Shane Scully in a humorous, if not embarrassing predicament with a funny homeless guy. I loved the awkward angle and felt sure I'd found a winner. But suddenly Shane's wife suspiciously disappears and that's exactly where I got off the bus.

A seasoned detective, Scully immediately disrupts any hope of a good police investigation, making the lead detectives chase him instead of the case. Cannell is banking on fans of Scully as a super hero to believe only Scully can find his wife. So the detective throws all procedures aside, breaks the law numerous times himself to show up his inferior cop peers. I'm sure there's some redeeming value past the first 10 chapters, but I didn't care to stick around.

Scott Brick does a great job. As the title implies, there is a beautiful white woman at the center of the mystery. She talks rap and plays herself off as a black ghetto girl, and it constantly grated on my nerves.

Huge disappointment compared to the other Shane Scully books. I expected more from Stephen Cannell. I used a credit, and bought this book, because of the previous Shane Scully novels but won't make that mistake again. With the next book in the series I'll wait a few months until some of the reviews roll in and then will decide if his book is worth it. This book is so "out there" it became laughable and it was an insult to my intelligence. The only good thing about the book was Scott Brick's narration.......he could read the phone book and make it sound interesting!