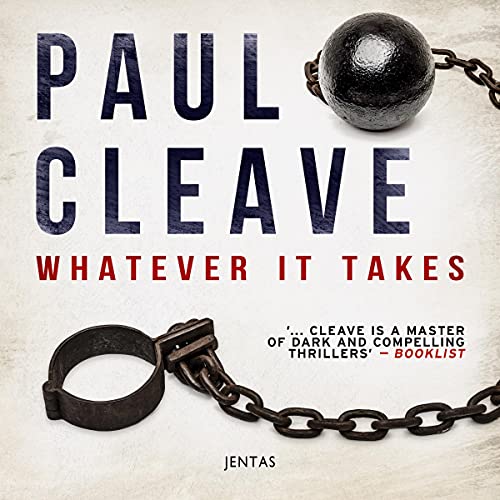 When seven-year-old Alyssa is kidnapped, Deputy Noah Harper decides he will do what it takes to find her - but that means crossing lines he can never come back from.

Finding the girl safe isn't enough to stop Noah from losing his job, his wife, and from being kicked out of Acacia Pines. He's told if he ever returns, he'll be put in jail and left there to rot.

Alyssa is missing again and her father wants him to honour the promise he made to her all those years earlier - that he would never let anything bad happen to her again.

To find her, Noah is going to have to head back to the pines, and come face to face with the past...

Paul Cleave is currently dividing his time between his home city of Christchurch, New Zealand, where all of his novels are set, and Europe, where none of his novels are set. His novels have so far been translated into 20 languages. He has won the Saint-Maur book festival's crime novel of the year, has been shortlisted for the Ned Kelly award, the Edgar Award, the Barry Award, and has won the Ngaio Marsh award three times for NZ crime fiction.

On almost every page, this outstanding psychological thriller forces the reader to reconsider what is real.
-- Publishers Weekly (Starred Review)

A riveting and all too realistic thriller. Cleave is a writer to watch.
-- Tess Gerritsen, NYT bestselling author

What listeners say about Whatever It Takes

Gave it back. APPALLING NARRATION!

Where the hell did they find this horrible narrator?

And why a publisher ruins willingly the work of a respected and loved author like Paul Cleave with such a dilettant like this Mister "David Calvitto"? He hasn't narrated anything before, I suspect. In fact, I cannot find any other book he has read. Yes, he tries hard to do a good job, I have to give him that. But he is obviously no trained, experienced narrator!

I could read this book myself, and it would not be worse!

• constant lip smacking and saliva noises
• strange pauses where no pauses should be
• slurring, no clear pronunciation
• unnatural, wobbly, amateurish performance
• stuttering
• sentences half read, then begins anew with the same sentence
(no editor at this catastrophic audiobook company who checks the end product?)

So. WHY DO YOU DO THIS TO US FANS, "Jentas Publisher"! What were you thinking when taking on a guy who cannot control his saliva in his mouth when speaking?

Are you for real?
How dare you to fxck up this audiobook for me!? I love Paul Cleave's work and was looking forward to this book!

1/2 star less because the end is not what I wished for the main character. The poor devil already had his life ruined and the end does not promise that it gets any better. I am a bit disappointed about this, but well, Paul Cleave has a wicked humour. I knew that already. :-)