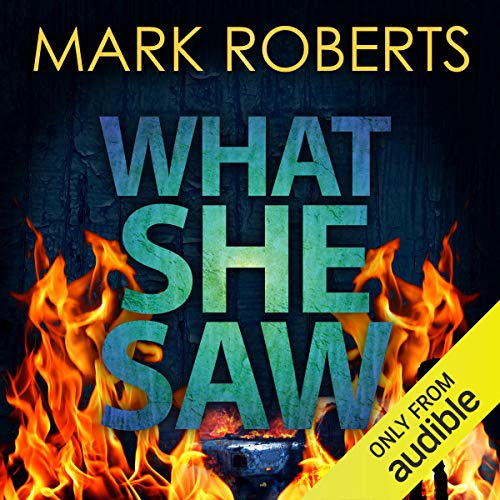 When a nine-year-old boy is left to die inside a burning car on a sink estate in Peckham, DCI David Rosen is drafted in to investigate. The young boy has been severely burned, and is now fighting for his life. As Rosen and his team begin to scour the crime scene for forensic evidence, they discover something chilling; a graffiti image of a sinister eye, drawn in exquisite detail above the site of the wreckage - and behind it, a series of mysterious markings, etched into the wall. Could the markings represent a secret code left by the killer - a code that will hold the key to the investigation?

Joe was a great narrator, his voices and way of telling the story helped keep me addicted.

This book kept me hooked from start to finish, Mark Roberts has a fantastic way of hooking the reader/listener in and engaging them through the whole of his stories.
This was no different, and I found myself turning off the TV and listening to this instead, rather than just in the car as usual.

Loved this book and although when I first started to listen to the narrator I wasn't sure he would be suitable I was proved wrong!
The story had a good pace, the voices of the characters were well read and kept me interested throughout.
I haven't read any of this author's work before but I shall seek him out in the future!

I quite enjoyed this book however I wasn't bowled over by the Narrator.
Most of the voices he attempted were really over the top, in so much as the inflection was too exaggerated . The main character seemed to almost shout every sentence, children were presented as if they were all 6 yrs old, regardless of their true age. And some of the voices of the fringe characters were just not believable . Unfortunately this spoiled a good book for me.

rise and a fall

Took a while to get into the story and after a few chapters I was hooked and it had my mind racing and trying to guess who was behind it all. That was until the unravelling and all I could do was laugh. It just did not work at all. A ten year old capable of all that! With my psychological background it seemed a little farfetched.
Fan of Joe Jameson, not so much the author.

Absolutely brilliant, nail biting to the end. If you need a good story this is it.

I really liked the previous one in this series which caused me to seek this out but I found the storyline lacked credibility this time.

One of the worst books I have listened too.

What would have made What She Saw better?

Would you ever listen to anything by Mark Roberts again?

If you could play editor, what scene or scenes would you have cut from What She Saw?

I have no doubt that a lot of research would have been done, sorry but I just did not like it.

What she saw - terrible narration

Would you try another book written by Mark Roberts or narrated by Joe Jameson?

Would you ever listen to anything by Mark Roberts again?

What character would you cut from What She Saw?

SPOILER ALERT!Unecessary torture and violence and it just plain DIDNT MAKE SENSE and was downright physically impossible, how the HELL does a nine year old girl overpower a grown man? even a strong nine year old even in a sneak attack? even if she had a knife?, HIGHLY UNLIKELY and thats being kind.