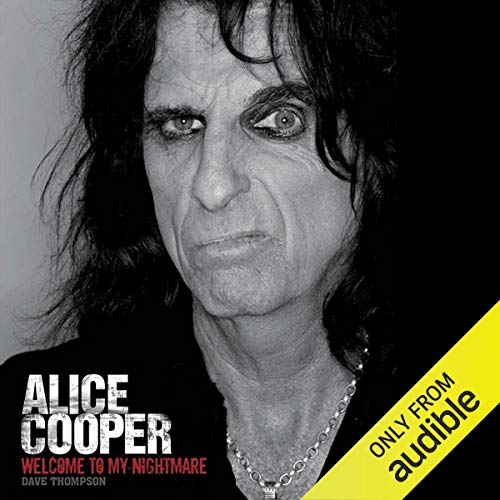 Welcome to My Nightmare

Welcome to My Nightmare

Alice Cooper is an American rock star whose career has spanned more than four decades. With a stage show that features guillotines, electric chairs, boa constrictors and baby dolls, Cooper has pioneered a grandly theatrical and violent brand of hard rock designed to shock.

Drawing from exclusive and unpublished interviews with a variety of names and faces from throughout Alice’s career, the book follows Cooper’s tale from his life growing up as a preacher’s son in Arizona, through the early years of struggle in Phoenix and then Los Angeles, and then onto the rollercoaster ride that has been the years since then.

Includes tributes and recollections from many of the artists who call Alice an influence - from the Damned and the Cramps, to White Zombie and Gwar. Session players and songwriters who have made their own contributions to the Alice story recall their days spent with this Prince of Hell-raisers.

What listeners say about Welcome to My Nightmare

Alice Cooper - the band or the man?

It’s always interesting to read about these classic rock bands in the golden age of excess. It was great to learn about Alice Cooper the band opposed with Alice Cooper the character who Vince became on stage and how that dichotomy played out.

it's a good book not what I thought I was going to read but a decent one.

Alice Cooper is a hero of mine and the early years of his story, as told in this book, when the band is getting going, is especially interesting.