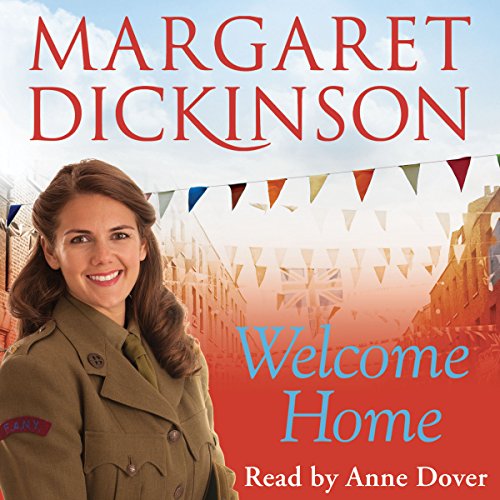 There are some things which even the closest friendship cannot survive.... Neighbours Edie Kelsey and Lil Horton have been friends for more than twenty years, sharing the joys and sorrows of tough lives as the wives of fishermen in Grimsby.

So it was no surprise that their children were close and that Edie's son, Frank, and Lil's daughter, Irene, would fall in love and marry at a young age. But the declaration of war in 1939 changes everything. Frank goes off to fight, and Irene and baby Tommy, along with Edie's youngest son, are sent to the countryside for safety. With Edie's husband, Archie, fishing the dangerous waters in the North Sea and daughter Beth in London doing "important war work", Edie's family is torn apart.

Friendship sustains Edie and Lil, but tragedy follows, and there's concern that Beth seems to have disappeared. But it is Irene's return, during the VE day celebrations, that sends shockwaves through the family and threatens to tear Edie and Lil's friendship apart forever.

What listeners say about Welcome Home

I couldn't put the earphones down. What a fabulous story and read so well the characters were brought to life and hard to farewell. The end came way too soon.

Where does Welcome Home rank among all the audiobooks you’ve listened to so far?

Ones at the docks and Freeman Street.

Both. Having been and brought up in Grimsby could relate to story with personal memories.

Although I wasn't born until after WW2, I still found many scenes unchanged until later.

If you could sum up Welcome Home in three words, what would they be?

I couldn't stop listening to the story! The narration was again perfect from Ann Dover. I hope the will be.a follow on book!!

Beautiful story of a family during war.

Author/narrator successfully brings characters to life with such depth. Skilful use of humour interwoven with sadness and uncertainty.

Really good characters and a story that flows at a nice pace. I liked the core of the family and how the strands of the other stories remained connected to that. I would've liked a little longer to the ending.