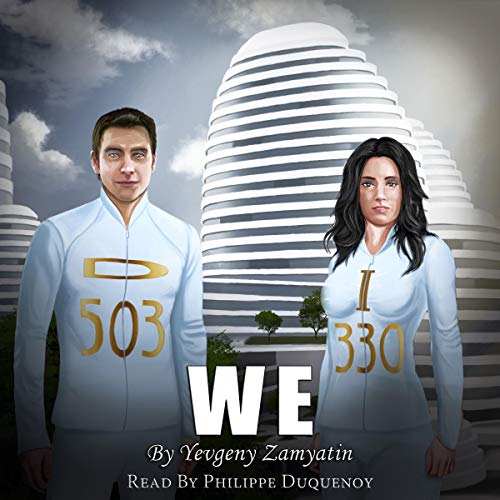 Before George Orwell’s 1984 or Aldous Huxley's Brave New World, there was We, the dark dystopian tale by Yevgeny Zamyatin. In this Russian novel, Zamyatin gives the listener a look inside a glass city where a totalitarian society thrives, at least on the surface.

Those who live in this futuristic city are always taken care of but they lack creativity and individuality. This all changes when a mathematician named D-503 discovers that he has a soul that is separate from the OneState. He and the citizens of OneState live out their lives deprived of passion and creativity. Their names have been taken away and replaced with numbers, their daily routines are dictated by the “Time Tablet” which tells them what they should do, and when they should do it, hour after hour.

This powerful science fiction novel has been a source of inspiration for dystopian writers since its publication in 1921. We is as powerful today as it was nearly a hundred years ago.

What listeners say about We

Really good story. It was good to finally hear the book Orwell and Huxley were so inspired and influenced by.

This was a slog.

It was just too much hard work for me. Maybe it was the mood I was in. But nothing seemed to be happening and I just can't be bothered at the moment with that sort of thing. The narrator was OK but was let down by the slow almost standing still burn of the story. Not many books I can't finish, this is one of them. It might be interesting from an historical perspective but... not for me at this moment in time. I may give it another go in the future.

A pain to listen to

The style of writing and narration is odd and dry. I'm guessing it's like that in part but makes it a difficult listen. I chose the book due to the historical context relating to communism. I'd rather listen to a book review.