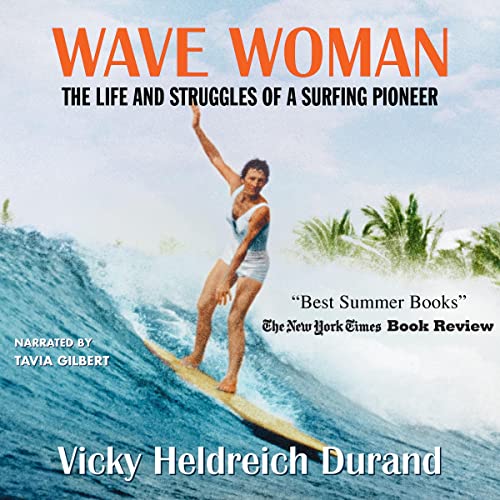 Wave Woman is the untold story of an adventurer whose zest for life and learning kept her alive for 98 years. Betty Pembroke Heldreich Winstedt was the granddaughter of Mormon pioneers who, after spending an active and athletic childhood in Salt Lake City, moved to Santa Monica with her family and enrolled at USC to study dental hygiene. Betty went on to elope with a man she hardly knew, and to have two daughters.

In middle age, Betty finally followed her dream of living near the ocean; she moved to Hawaii and, at age 41, took up surfing. She lived and surfed at Waikiki during the golden years of the mid-1950s and was a pioneer surfer at Makaha Beach. She was competitive in early big-wave surfing championships and was among the first women to compete in Lima, Peru, where she won first place. Betty was an Olympic hopeful, a pilot, a mother, a sculptor, a jeweler, a builder, a fisherwoman, an ATV rider, and a potter who lived life her way, dealing with adversity and heartache on her own stoic terms. A love letter from a daughter to her larger-than-life mother, Wave Woman will speak to any woman searching for self-confidence, fulfillment, and happiness.

What listeners say about Wave Woman