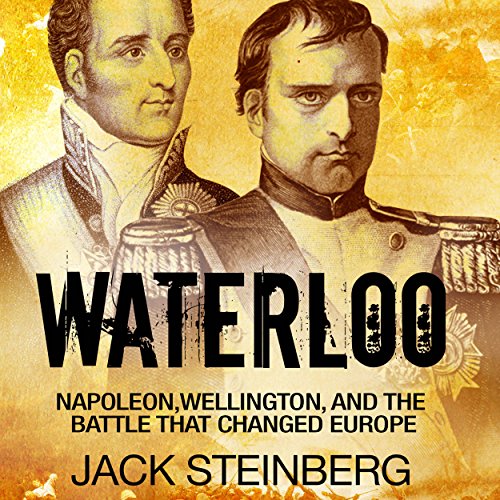 Waterloo: Napoleon, Wellington, and the Battle That Changed Europe

Waterloo: Napoleon, Wellington, and the Battle That Changed Europe

Napoleon Bonaparte and Arthur Wellesley, Duke of Wellington, were both born in the same year, one in occupied Corsica and the other as a member of the Protestant Ascendency in Ireland. Though they had very different childhoods, the frustrations they encountered at school shaped the ways in which they approached difficulty.

Both would go on to illustrious military careers, with Wellesley making a name for himself in the British colony of India and Napoleon becoming the emperor of France. Britain and France had been experiencing conflict for some time before the start of Napoleon's rule, but now everything came to a head.

The Napoleonic Wars brought Wellesley and Napoleon into conflict with each other, and eventually, they collided during the Waterloo Campaign. This campaign culminated in the Battle of Waterloo, which would come to be regarded as one of the bloodiest - but also one of the most important - battles in history.

After Napoleon's defeat at the Battle of Waterloo, he went into exile on a remote island in the middle of the Atlantic. Wellesley returned home and involved himself in the British government, helping to shape a Europe that had already been made new by the force of Napoleon's legacy.

What listeners say about Waterloo: Napoleon, Wellington, and the Battle That Changed Europe