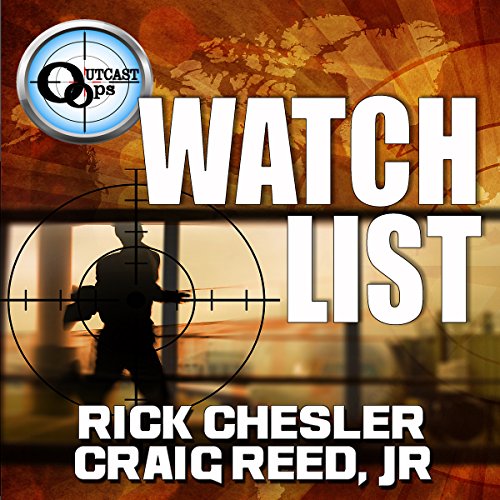 A biotechnology conference in Prague is the target of a terrorist attack, and in its aftermath a renowned geneticist lay dying. His last act is to inject a man he has never before met with an experimental substance - artificial DNA that has been encoded with the details of a plot to unleash mass terror on the United States.

Enter OUTCAST (Operational Undertaking to Counteract Active Stateside Threats) - six ex-operatives from six of America's most powerful organizations. Each has been unceremoniously released by their respective former employer for alleged misdoings that leave their pride wounded but their essential skill-sets untouched. After uniting over their shared bond of dismissal from the nation's most elite outfits, the disgruntled spooks realize they can work together like never before to take down threats to their beloved country, a country that branded them as outcasts but needs them now more than ever.

As international authorities hunt for the fugitive whose blood carries some of the most sensitive intelligence data on the planet, they get close enough to learn his identity, but the truth rocks the White House to its core. The most wanted individual in the world is none other than OUTCAST leader, Tanner Wilson. One of the only people capable of stopping the looming threat to millions of innocent Americans, Wilson is placed on the terror watchlist, and once again, OUTCAST is hell bent on showing America that their way isn't the best way - it's the only way.

What listeners say about Watchlist