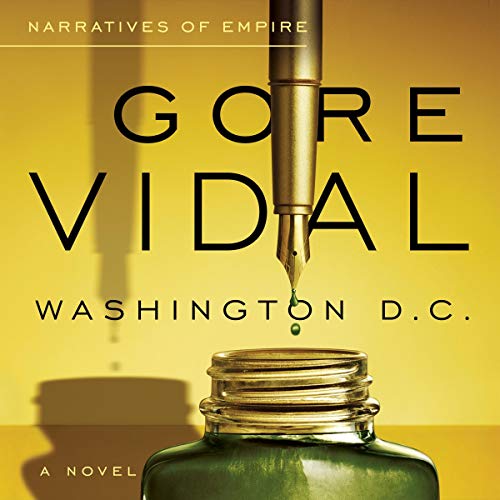 Washington, D.C. is the final installment in Gore Vidal's Narratives of Empire, his acclaimed six-volume series of historical novels about the American past. It offers an illuminating portrait of our republic from the time of the New Deal to the McCar-thy era.

Widely regarded as Vidal's ultimate comment on how the American political system degrades those who participate in it, Washington, D.C. is a stunning tale of corruption and diseased ambitions. It traces the fortunes of James Burden Day, a powerful conservative senator who is eyeing the presidency; Clay Overbury, a pragmatic young congressional aide with political aspirations of his own; and Blaise Sanford, a ruthless newspaper tycoon who understands the importance of money and image in modern politics. With characteristic wit and insight, Vidal chronicles life in the nation's capital at a time when these men and others transformed America into "possibly the last empire on earth."

"Washington, D.C. may well be the finest of contemporary novels about the capital," said The New Yorker, and the Times Literary Supplement deemed it "a prodigiously skilled and clever performance."

What listeners say about Washington D.C.: A Novel