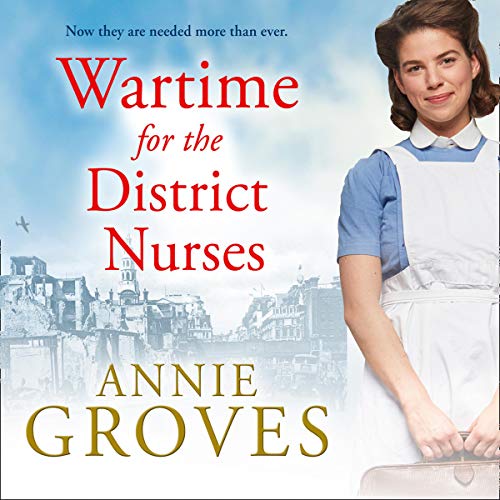 Wartime for the District Nurses

Wartime for the District Nurses

The compelling new best seller from the author of The Mersey Daughter and Winter on the Mersey.

Alice Lake and her friend Edith have had everything thrown at them in their first year as district nurses in London’s East End. From babies born out of wedlock to battered wives, they’ve had plenty to keep them occupied.

As rationing takes hold and Hitler’s bombers train their sights on London, there is no escaping the reality of being at war. Edith is trying to battle on bravely while bearing her own heartache, but there’s no escaping the new terror of the bombing raids. The girls find themselves caught up in the terrible aftermath, their nursing skills desperately needed by the shaken locals on their rounds.

With the men away fighting for King and country, it’s up to the nurses to keep up the Spirit of the Blitz, and everyone is counting on them....

"An engrossing story." (My Weekly)

"A stirring and heartrending family saga...Against a backdrop of change when the suffragette movement was coming to the fore, the choices and dreams of a generation of women combine to create this passionate story." (Liverpool Daily Post)

"Heartwrenching and uplifting in equal measure - a tragic indictment of what can happen when you swap passion for duty. Roll on the sequel!" (Take a Break)

I enjoyed book one of this series. In book two World War Two has started and the district nurses, Alice, Edith along with Mary and Belinda, are hard at work with all the problems of the neighborhood from book one. Our group of nurses are joined by two new nurses from Ireland, Bridget and Ellen.

The book is well written and the plot weaves about the various characters seamlessly. I was most interested in the work of the nurses during the bombing of London by the Nazis. The book is primarily about human interest, but the author tossed in enough historical information to keep me interested. The author died so this is the last book of the series.

The book is eleven hours. Alex Tregear does a good job narrating the book. Tregear is a British actress.

loved it. enjoyable, would recommend this book to all who like good wartime stories about the community.

loved it, couldn't stop listening to it. well read and very entertaining. looking forward to the next book.