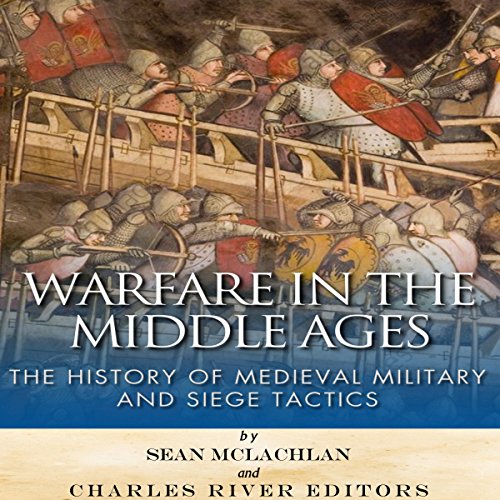 Warfare in the Middle Ages

Warfare in the Middle Ages

In the time period between the fall of Rome and the spread of the Renaissance across the European continent, many of today's European nations were formed, the Catholic Church rose to great prominence, some of history's most famous wars occurred, and a social class system was instituted that lasted over 1,000 years. A lot of activity took place during a period frequently labeled derogatively as the "Dark Ages", and while that period of time is mostly referred to as the "Middle Ages" instead of the Dark Ages today, it has still retained the stigma of being a sort of lost period of time in which Western civilization made no worthwhile progress after the advances of the ancient civilizations of Greece and Rome.

In reality, this oversimplification of the Middle Ages overlooks the progress made in the studies of sciences and philosophy, especially during the High Middle Ages. It also ignores the fact that one of the most important inventions of the last millennium was created in Germany during the Late Middle Ages, the printing press, which allowed the Renaissance to move across the continent and help position Western Europe as the wealthiest region in the world. If anything, the one aspect of the Middle Ages that has been romanticized is medieval warfare. Indeed, the Middle Ages have long sparked people's imaginations thanks to imagery of armored knights battling on horseback and armies of men trying to breach the walls of formidable castles. What is generally forgotten is that medieval warfare was constantly adapting to the times as leaders adopted new techniques and technology, and common infantry became increasingly important throughout the period.

The narrator reads so fast, jumping through topics without pause, that the material ends up meshing together.

Short, but to the point.

While I did enjoy this book, I thought it was too short for an unabridged history. It covered a lot of material, but I did not go very in-depth into any of the topics covered. Overall, it felt like a very good introduction to a much longer, much more comprehensive text.

I enjoyed learning more about the past. this way the past is not repeated ever again.