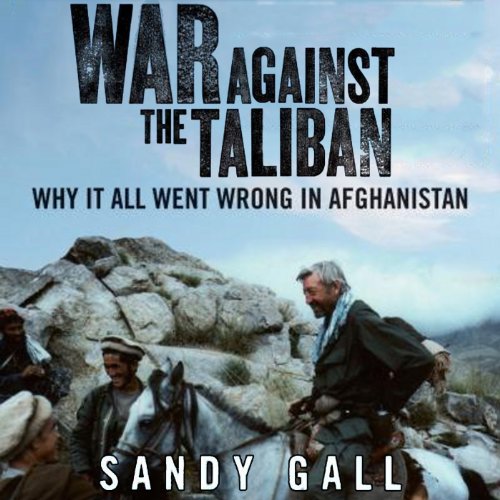 War Against the Taliban

Afghanistan's strategically significant lands have long been fought over by foreign invaders. Today, as yet another generation risks life and limb in this inhospitable territory, an ever-rising death toll puts back under the spotlight the way the modern war in Afghanistan is being run, and demands answers. Drawing on interviews with Afghan politicians, businessmen and ordinary people, British, American and European diplomats and soldiers, Sandy Gall addresses the challenges - political, religious, and military - that face those now fighting on the most dangerous frontier in the world.

What listeners say about War Against the Taliban

The story wonders around without a clear objective. Extremely incoherently written. The reading os not clear. You have to pay a lot of attention to listen to the words. A bad investment. But recommended.

You would think the author would have spent at least then 5-minutes researching the 5 basic fundamental pillars of Islam that 5 year old school kids know.

a simple Google search will tell you what Ramadan is. but according to this author Ramadan is a month where Muslims don't eat or drink all day then stay up half the night eating to make up for it. what utter rubbish!!

Measured and reasonable with a forensic understanding of the Afghan theatre. Anyone one wishing to understand how we've gotten to that state we're in needs to read this book