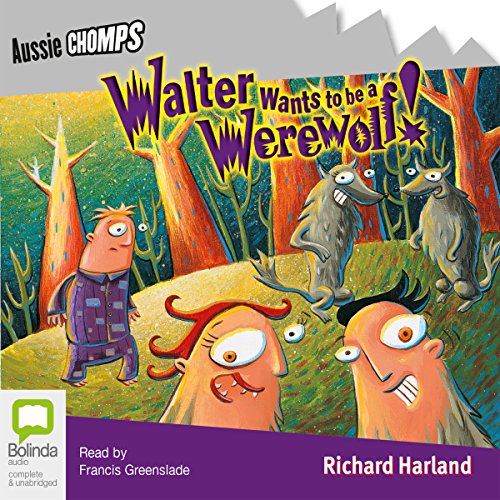 Walter Wants to Be a Werewolf!

Walter Wants to Be a Werewolf!

Who wouldn’t want to be a werewolf? Werewolves are awesome! And not only that, everyone else in Walter’s family already is one! But not poor Walter.

In this delightfully strange children's story, Walter Wants to be a Werewolf, written by accomplished Australian author Richard Harland, and cheerfully narrated like a long faced lad by Francis Greenslade, Walter Grimm’s stalled destiny finally changes for the better when he develops into a mythical beast. However...it’s not the creature he wishes and expects to be. A fantastical story that will surely resonate with boys on the cusp of puberty.

Walter was different. Every full moon, his family turned into handsome werewolves, but Walter stayed the same... until that one moonlit night...
©2003 Richard Harland (P)2003 Bolinda Publishing Pty Ltd.