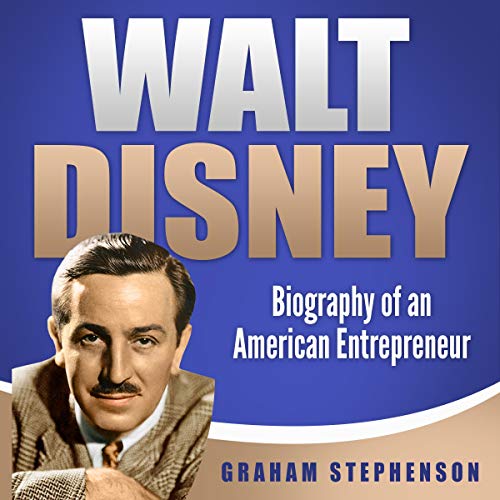 Few people have had such a massive impact on society, culture, and the Western world as Walt Disney. Over the course of his life, he built a vast entertainment empire that has become a cultural icon and persists long after the man himself left it behind. The parks, movies, and characters he envisaged have left a profound mark on our culture and the childhoods of millions.

Now, in this biography, you’ll get a glimpse into the incredible life of the man behind it all. From the early days of Walt Disney and his company’s shaky start to his time in Hollywood and contributions to America during World War 2, no other man has been so influential yet humble - from Walt’s daily routines and habits to the caring attitude he brought with him to all of his projects.

Walt Disney: Biography of an American Entrepreneur examines his life, his legacy, and the sea of successful movies that came in his wake.

Buy now to hear about Walt Disney’s life like never before.

What listeners say about Walt Disney: Biography of an American Entrepreneur