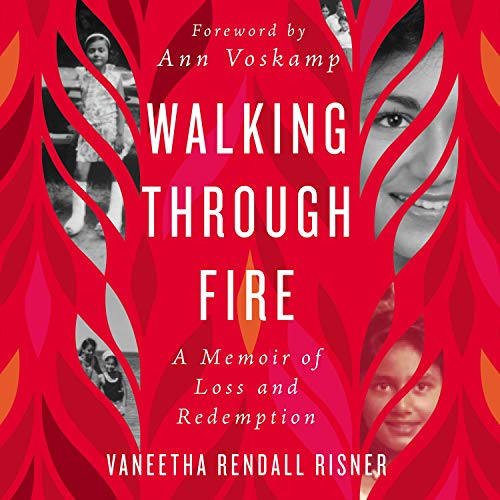 The astonishing, Job-like story of how an existence filled with loss, suffering, questioning, and anger became a life filled with shocking and incomprehensible peace and joy.

Vaneetha Risner contracted polio as an infant, was misdiagnosed, and lived with widespread paralysis. She lived in and out of the hospital for 10 years and, after each stay, would return to a life filled with bullying. When she became a Christian, though, she thought things would get easier, and they did: carefree college days, a dream job in Boston, and an MBA from Stanford where she met and married a classmate.

But life unraveled. Again. She had four miscarriages. Her son died because of a doctor's mistake. And Vaneetha was diagnosed with post-polio syndrome, meaning she would likely become a quadriplegic. And then her husband betrayed her and moved out, leaving her to raise two adolescent daughters alone. This was not the abundant life she thought God had promised her. But, as Vaneetha discovered, everything she experienced was designed to draw her closer to Christ as she discovered "that intimacy with God in suffering can be breathtakingly beautiful."

What listeners say about Walking Through Fire

Captivating story of faith in suffering

I enjoyed this book thoroughly! As a sufferer of chronic pain I was encouraged and inspired. The author was transparent and trusting in the midst of her life’s storms. It was an amazing recounting of betrayal, hope and honest personal reflection.I liked the ‘happy ending’ knowing full well that her prognosis was tentative. Faithful trust in a faithful, compassionate God was the thread throughout. This is a great read. Very hard to put down! Enjoy!

Not certain if the author is the narrator, but the tone of her voice works against the story line. The tone comes off as a bit disgruntled towards her life. The circumstances of her life are vastly difficult, but the tone could have sounded more content and filled with hope. I am aware by the end of the book that she has hope, but I can’t get over the tone. Was hard to listen to, almost wish I had read the paper book instead.

I thoroughly enjoyed this captivating story. It is beautifully written. How Vaneetha experiences many many trials in life, how she leans onto God through it all. She explains so well how God uses these things for our good and that he is a good father and we are “held” by Him