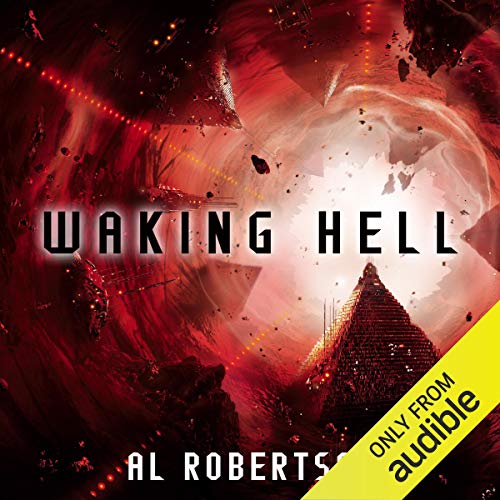 Leila Fenech is dead. And so is her brother Dieter. But what's really pissing her off is how he sold his afterlife as part of an insurance scam and left her to pick up the pieces. She wants him back so she can kick his backside from here to the Kuiper Belt.

Station is humanity's last outpost. But this battle-scarred asteroid isn't just for the living. It's also where the dead live on as fetches: digital memories and scraps of personality gathered together and given life. Of a sort.

Leila won't stop searching Station until she's found her brother's fetch - but the sinister Pressure Men are stalking her every move. Clearly Dieter's got himself mixed up in something a whole lot darker than just some scam.

Digging deeper, Leila discovers there's far more than her brother's afterlife at stake. Could it be that humanity's last outpost is on the brink of disaster? Is it too late for even the dead to save it?

Waking Hell is a sequel to Crashing Heaven, the novel that announced the arrival of this exciting new talent.

What listeners say about Waking Hell

An enjoyable sequel to Crashing Heaven but Leela is not as compelling protagonist as Jack and Hugo were in the first book. Also the ‘villain’ for what if a better word is over come far too easily and leaving the ending of the book feeling rushed.

An interesting story with some good twists and turns, but not as good as the first