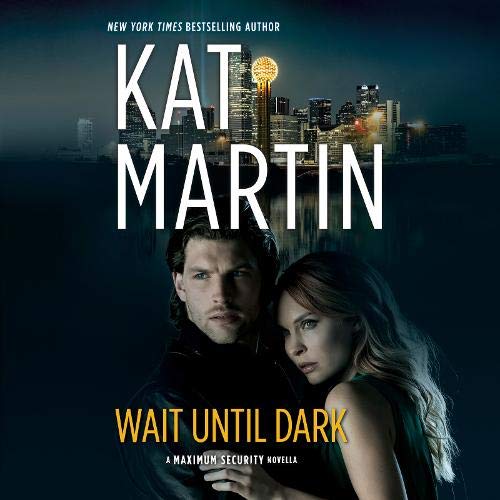 Private investigator Jonah Wolfe knows trouble when he sees it. So when April Vale storms into his office at Maximum Security, all his warning signs flash red. April’s been accused of murder, except she has no memory of how she woke up in her coworker’s bed - drenched in his blood, as he was shot with her gun. As the campaign manager for the mayor, April’s job and life are on the line if she doesn’t figure out who’s trying to frame her. But the clock is ticking, and the pair must find the murderer...before April winds up dead.

“Kat Martin is a fast gun when it comes to storytelling, and I love her books.” (Number one New York Times best-selling author Linda Lael Miller)

What listeners say about Wait Until Dark