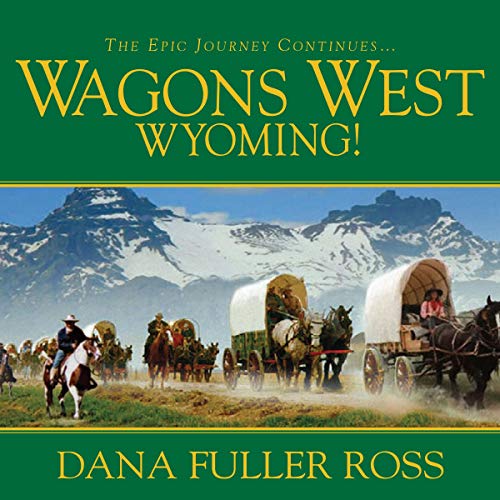 It is 1838. The first wagon train to Oregon country moves slowly across the Great Plains, reaching the foothills of the Rocky Mountains in early autumn. Led by wagon scout “Whip” Holt, the 500-strong community of courageous men, women, and children prepare for the bitter winter ahead. Among them are dreamers and drifters, foreigners and natives, friends and enemies. But it is a pair of strong-willed women who are Whip’s most unexpected allies: the outspoken Cathy van Ayl, widowed and alone at 24, and the beautiful half-Arapaho, half-Cherokee La-ena, who was once Whip’s mistress.

Before these brave pioneers lie endless miles of hardship and danger, treachery and death. Beneath their struggle for survival lie hidden rivalries, unspoken secrets, and burning jealousies that threaten to consume them all. But in their hearts beats the dream of a new beginning in a promised land — the unstoppable dream of America itself.

Read this a long time ago and I never forgot it, so it’s nice to listen to it now

This was better than the Nebraska chapter of the series. The plot conflicts are still very quickly resolved, but this book held my interest more. As always, the narrator was outstanding. Like the 2 books before, this is an easy listen without a lot of heavy thinking involved.

I can picture myself there.
helps past time,also. seems so real. looking gor the next .

What did you love best about Wagons West Wyoming!?

the people and the adventure

it continues to fascinate me

I just wish a woman would do the talking for the women in the story his voice just doesn't make me think of a beautiful woman speaking...

hope you enjoy it. I amateur, Ibwill have the righ

Enjoyable historical fiction. Not everything works out for happily ever after, it's more like real life.