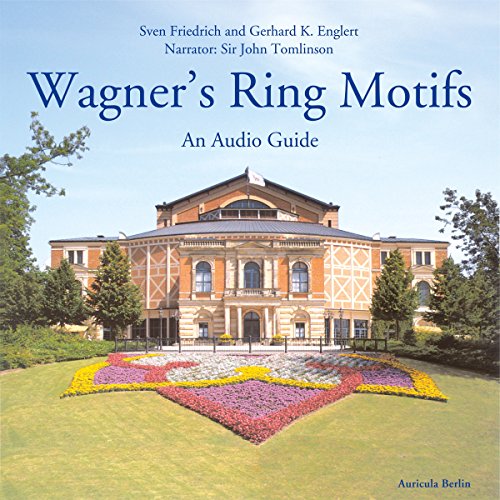 "Wagner's Ring Motifs" is aimed in the first instance at listeners new to the Ring and is intended to convey the fascination of Wagner's music in a clear and simple manner and to decode the musical and dramatic language of the mythical world of the cycle. But even listeners already familiar with the work will find that this database provides them with a crash course in what Thomas Mann described as the "allusive magic" of the Ring's leitmotifs.

The authors are Sven Friedrich, curator of the Richard Wagner Museum in Bayreuth, and Gerhard K. Englert, the editor of the previous audio guides that have been released in the same series and that explore the world of classical music. Together, the authors offer listeners a modern, convenient and quick introduction to Wagner's cycle, The Ring of the Nibelung.

The motifs are presented in the order of their first appearance in the cycle and accompanied by an expert commentary. In this way, the listener is also introduced to the story of the Ring, an introduction that follows the narrative very closely by examining the development and meaning of the music.

The narrator is the distinguished British bass-baritone Sir John Tomlinson, who has appeared in countless performances at the Bayreuth Festival since making his début there as Wotan in 1988.

good for driving, obviously there are a ton of layers through the entire cycle, however this audiobook does a really great job a connecting themes to characters and defining the role the music.