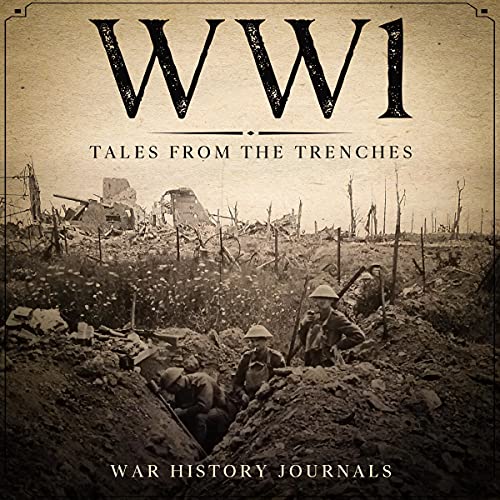 WW1: Tales from the Trenches

World War I reduced Europe’s mightiest empires to rubble, killed 20 million people, and cracked the foundations of our modern world.
What if you were there?

Tall Tales of the Angel Archers

In a trench so delirious that you see flying angels with bows wiping out vast German hordes.

Christmas in the Trenches

Listen to the Germans sing Christmas carols and play a friendly game of football while avoiding artillery.

You’re a Zeppelin Captain in charge of a raid on London. Then, you’re a British BE2 pilot tasked with destroying the flying behemoths at night.

The Battle of Jutland

You’re a sailor on the HMS Queen Mary, and your ship has been hit and on fire off the Danish coast.

Oblivion at the Somme

You’re a British soldier from for the East Lancashire Regiment and in the first wave of attacks on the Somme.

Mutiny on the Western Front

You’re a French soldier, and you’ve had enough of the senseless killing and refuse to follow orders; what happens?

It’s 1918, and you’re a fresh, eager US soldier looking to prove yourself in battle. You’re ordered to attack the German machine-gun nests hidden in the Belleau Wood.

The First World War was four long years of slaughter, exhaustion, and the near-collapse of a civilization that until 1914 had dominated the globe. Instead of rote memorization of endless facts, figures, names, and places, why not show what happened from those that were there in the trenches, skies, and on the seas?

What did they see, hear, and feel?

What listeners say about WW1: Tales from the Trenches

while the details are all there it reads like a Wikipedia article and the narrator has zero feeling or care in his voice. it's like we're all here and no one wants to be.