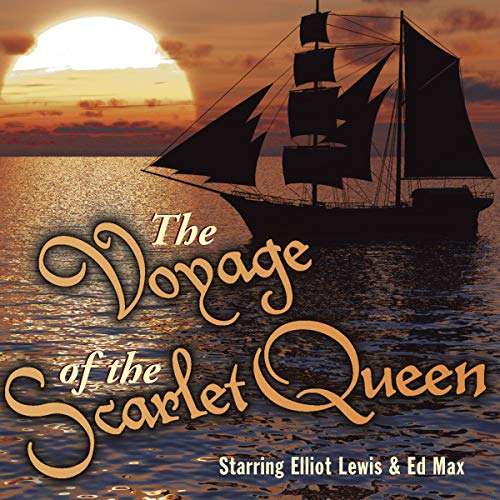 Voyage of the Scarlet Queen: Volume One

This series tells the fascinating and exotic story of the crew of The Scarlet Queen, "the proudest ship to plow the seas." Their quest for a Chinese treasure leads them to remarkable encounters in ports of call throughout the Pacific Ocean and the China Sea.

Captain Philip Karney - played by Howard Duff in the audition episode, and thereafter by series creator Elliott Lewis - is at the helm of the 78 foot ketch. At the skipper's side is First Mate Red Gallagher, played by the husky-voiced Ed Max.

Old salts William Conrad, Jack Kruschen, Virginia Gregg, Barton Yarborough, Paul Frees, Mary Lansing, Bill Johnstone, and Ann Tobin help to keep the chronicle on course. Their voices mingle with the creak of the gang plank, the strain in the rigging, the crash of the waves, and the salty spray of adventure!

What listeners say about Voyage of the Scarlet Queen: Volume One

The voyage was a great adventure!!

Love the way this story plays out!! Highly recommend for adventure lovers !! The destinations are half the fun!!