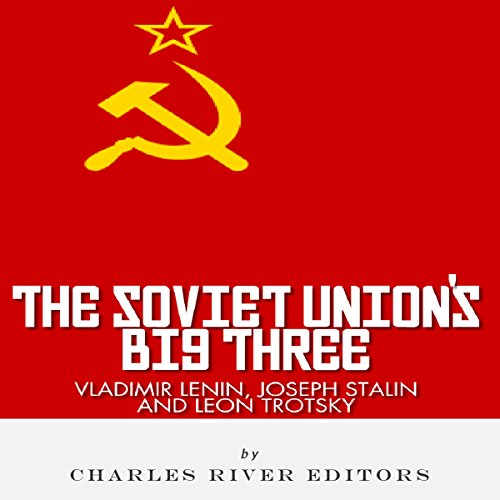 Among the leaders of the 20th century, arguably none shaped the course of history as much as Vladimir Lenin (1870-1942), the Communist revolutionary and political theorist who led the Bolshevik Revolution that established the Soviet Union. In addition to shaping the Marxist-Leninist political thought that steered Soviet ideology, he was the first Soviet premier until his death and set the Soviet Union on its way to becoming one of the world's two superpowers for most of the century, in addition to being the West's Cold War adversary. As it turned out, the creation of the Soviet Union came near the end of Lenin's life, as he worked so hard that he had burned himself out by his 50s, dying in 1924 after a series of strokes had completely debilitated him. Near the end of his life, he expressly stated that the regime's power should not be put in the hands of the current General Secretary of the Communist Party, Joseph Stalin.

Of course, Stalin managed to do just that, modernizing the Soviet Union at a breakneck pace on the backs of millions of poor laborers and prisoners. If Adolf Hitler had not inflicted the devastation of World War II upon Europe, it's quite likely that the West would consider Joseph Stalin (1878-1953) the 20th century's greatest tyrant. Before World War II, Stalin consolidated his position by frequently purging party leaders (most famously Leon Trotsky) and Red Army leaders, executing hundreds of thousands of people at the least.

Along with Vladimir Lenin, Trotsky led the October Bolshevik Revolution of 1917 and held crucial posts in the early Soviet governments, but after Lenin’s death Trotsky was exiled, persecuted and finally murdered at the behest of his arch-rival, Joseph Stalin.

It sounds like this mishmash of reused information was funded by the Fourth International. There was also a very unprofessional, albeit reflexive, breathing, or choking pause at some point in the presentation. To say that this was biased toward Trotsky approaches the level of an understatement. Furthermore, there seemed to be an inordinate and out of context amount of time dwelling on the Second World War from the Anglo-American point of view. There simply wasn't ANY original scholarship with this and hardly a bother to hide the fondness of Leon Trotsky.

Good book, one fact not correct

Interesting book. But he incorrectly states that stalin died in 1945 towards the end of the book

boring and hard to listen to.

the narrator had a terrible style to his narration. it sounded like one of those nineteen fifties style documentaries. The book also contained several factual errors, no they were minor. all in all, I don't feel like I understood that time. period of History very well after reading this book

Well written. Good for someone who wants to learn about the big three without spending too much time on the subject

The three kings of Communism

Three significant figures of the early 20th Century.
Those who champion Communist ideology today, should carefully consider how it was established and what its ramifications were.

Although this audio was information packed, I found it a hard listen. I’m not sure why, whether it was the narration, the prose, or my mind. I was determined to finish the book as I am interested in learning about this subject but it was a challenge. Sometimes I found I needed to listen in 20 minute blocks just to get through it.
I definitely have gained a broad understanding of the Soviet leaders, I now have a deeper curiosity about them, Russian history in general and the rise and fall of the Soviet union..