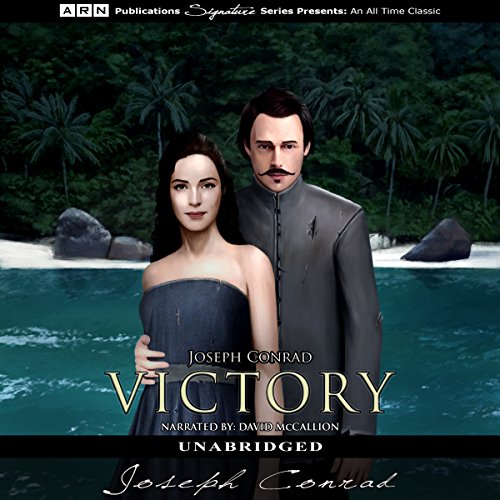 Victory is the story of a loner who believes that the best way to avoid life's pain and pitfalls is to distance himself from others. In spite of his misgivings, Axel Heyst agrees to manage a coal company on a remote island. When the company eventually fails, he again turns his back on people and society, more convinced than ever that his original philosophy was right.

Once again his life plan changes course when he befriends Lena, a young girl who is being victimized by an evil man. After he rescues Lena from her situation, she is determined to save Axel from his self-imposed life of isolation. As is the case in life, Lena's love may not be enough to save Axel from himself.

Victory is a story of adventure and love that will haunt the listener long after they finish.

What listeners say about Victory

Not Conrad at his best; nevertheless powerful.

It’s not Conrad’s best, but his second tier novels are better than the vast majority of writers best works. Victory possesses a semi-melodramatic plot, yet it’s still character driven and the philosophical weight emerges from human interiors and subjectivity.