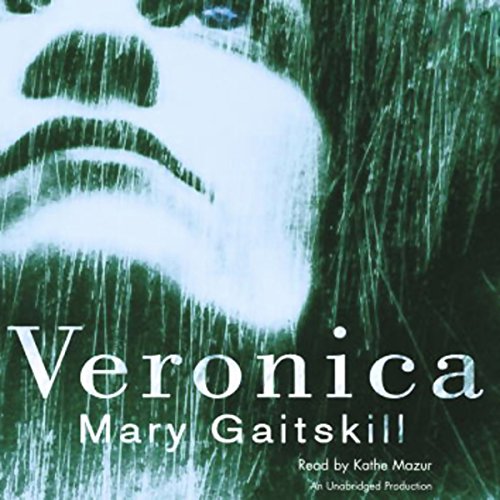 Improbably, the two women become friends. Their friendship will survive not only Alison's reentry into the seductive nocturnal realm of fashion, but also Veronica's terrible descent into the then-uncharted realm of AIDS. The memory of their friendship will continue to haunt Alison years later, when she, too, is aging and ill and is questioning the meaning of what she experienced and who she became during that time.

Masterfully layering time and space, thought and sensation, Mary Gaitskill dazzles the listener with psychological insight and a mystical sense of the soul's hurtling passage through the world. A novel unlike any other, Veronica is a tour de force about the fragility and mystery of human relationships, the failure of love, and love's abiding power.

"Elegiac, funny, and life affirming." (Booklist)
"Gaitskill's implacable refusal of sentimentality is her great strength: no group hugs here, just baleful understanding." (The Washington Post)
"Gaitskill is enormously gifted....Her palpable talent puts her among the most eloquent and perceptive contemporary fiction writers." (The New York Times Books Review)
"Gaitskill delivers her most affecting, sophistocated work to date." (The Boston Globe)
"A novel that will leave you shaking, and joyful simultaneously." (O, The Oprah Magazine)

I Want to Listen to This Again

This is a beautifully written book with a circular structure. Things are revealed gradually. No words are wasted or random. Some sentences are exquisitely beautiful. It evokes emotions and sometimes painful confrontations with the truth of oneself. It is not a beach read. Not that it is a difficult book. But it has meat to it. It's not cotton candy for the mind. Worth rereading a couple of times.

I wanted to like this book. It was a finalist for at least two prestigious awards. The author, however, can't get past half a sentence without relapsing into ornate descriptions. In my opinion, she hasn't learned how to manage her talent. As a result the story, to the extent there is one, slows to a crawl "like tired drivers snaking cars through the molassas of afternoon streets, bits of dull light flashing off their porcelain eyes..." OK, I made that garbage up, but there's a WHOLE lot of that sort of thing, more skillfully written, but just as tiresome. I don't like to think of myself as chauvinistic, but I found myself saying "So, is this what people mean by a 'chick book'?" "Veronica" is self consiously florid. Read 50 pages if you want, but rest assured, by then you have seen the landscape. If you continue past there, it won't be to find out "what happens next." You will continue only because you, like the author, just can't get enough metaphors and clever language. Turning a phrase is not the same as writing a book.

Not worth the time.

This book is HARD to listen to because of the speed of development and the readers unexpressive tone (although that may have been what was called for). It might be a better hands on read but I doubt it. The story line is way to jumpy and the plot extremely poor. If you are into artsy reads and can go on reading character development after character development without plot than this is a book for you. If you like your art to have weight and depth and complex characters as part of a story than I would not suggest listening to this.

I tried several times to get through this book, but after listening to half of it and seeing no indication that it was going to improve, I gave up. I wanted the characters to be people I could identify with or at least appreciate in some way. But instead, they were tired, self-obsessed, and self-pitying. I think the narrator could have done more to make this a listenable book, but I don't think any narrator could have saved it for me. There wasn't much of a plot; it was more just descriptions of events in the character's life. It seemed like the author was trying to startle the reader with the blase way her character looks back on a risque life. Instead, it was just dull.

Gaitskill uses unusual creative language and skillful movement in time to tell the story of a young woman caught up in the glamorous world of high fashion modeling, it's attractions and destructive qualities.

Gaitskill and Mazur.. The perfect team:)

I have loved Ms Gaitskill's book for years, and now I live Ms Mazurs brilliant reading of it, as well

Boring novel about an unintereting person. Seems to need vulgar lauguage to make a point.

I was unable to find any redeeming qualities in this offering. I am left to wonder how this book was ever considered for any awards. This is the only book selection that was a complete waste of my money.

This was the last fiction audible download for me. The novel seems to ramble and hang on the insignificant. I would find myself interrupting the story with no regret. Can't recommend it.

Not worth th effort

While reading always permits my experience of another's reality, this book was tedious and opaque enough to make me decide that I didn't care to experience the narrator's reality. I am reasonably literate, yet I am bewildered that any award committee smiled upon this effort by granting an award. Save your money!