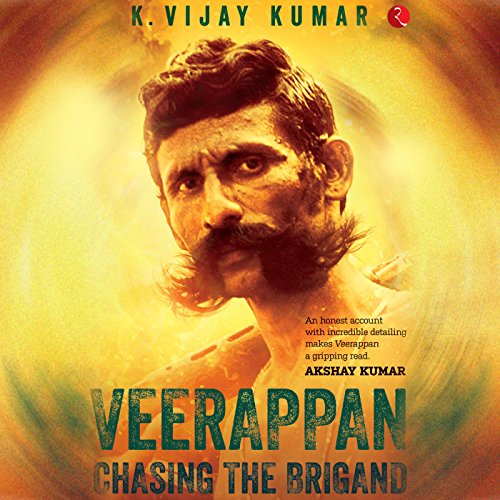 No other bandit in recent times has captured the public's imagination as much as Koose Muniswamy Veerappan. Be it his trademark moustache, stories of his daring escapades or his ruthless massacre of officers, Veerappan continues to fascinate, even 13 years after his death.

Veerappan: Chasing the Brigand is a lucid and incisive account of the rise and fall of India's most dreaded forest brigand. Chronicled by K. Vijay Kumar, IPS, the man who spearheaded the Tamil Nadu Special Task Force (STF) that planned and executed the dreaded bandit's encounter, the book relives the various incidents that shaped Veerappan's life - from his birth in Gopinatham in 1952 to his death in 2004 in a shootout in Padi. It traces his dramatic rise from a small-time poacher and sandalwood smuggler to a brutal fugitive who held three states to ransom for two decades. The ruthless killings and high-profile kidnappings masterminded by Veerappan, including the 108 day ordeal involving Kannada cinema superstar Dr Rajkumar, are described in fascinating detail.

Veerappan: Chasing the Brigand is the most authentic account of the life and times of the dreaded outlaw.

What listeners say about Veerappan