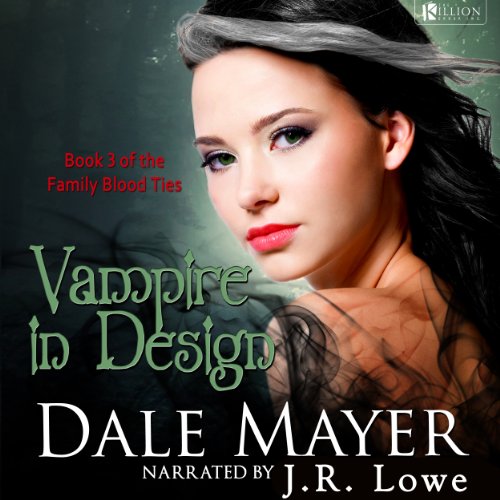 This is audiobook three of the Family Blood Ties series - like the others - it has a cliffhanger ending!

Left behind. Scared. And getting really pissed off. Tessa and her friends were supposed to be on their way home - on their way to safety. Instead she wakes up alone, with her friends kidnapped. Targeted and hunted, Tessa goes on the attack, desperate to find her friends and family. But her attackers want her throwback genes and will do anything to have her locked down in their lab.

Caught in a dangerous maze, Cody is torn between helping his fellow captives and finding Tessa. He's young to have the connection that's growing between him and his best friend's sister. But any future they might have is in jeopardy if they can't stop the blood farm from taking over the humans...and his people.

Jared is free at last, but he can't stop thinking about what he went through at the blood farm and those who helped him. Then he finds out something personal that's so horrifying, he has to act…even if it means walking back into the place he swore to never return.

These three need to be strong…the war is far from over…and they are right in the middle of it.

Story was good but the pronunciation and timing of the narrator was awful. Basic speech issues and poorly pro ounces words caused me to fixate more on the narrator than the book. It was horrible.