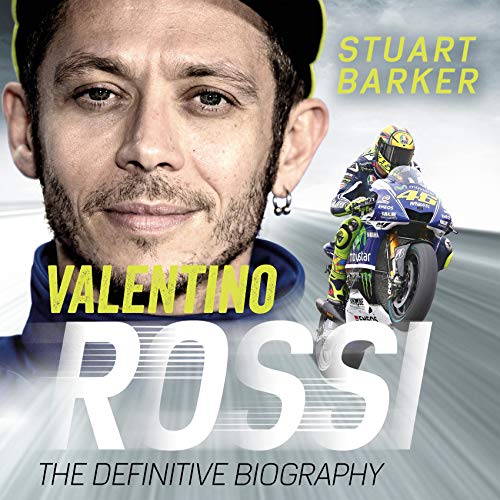 Valentino Rossi is an icon: the most successful and most loved motorcycle racer of all time, he has transcended MotoGP to become a symbol of courage, risk and daring. To race for 23 years at the very highest level of the world's most dangerous sport is unprecedented. But then, there has never been a motorcycle racer like Valentino Rossi. He is a modern-day gladiator, a man who still risks his life every time he throws a leg over a motorcycle.

Yet for all his two-wheel talents, it is Rossi's endearing character that has seen him transcend the sport. His popularity is phenomenal. For Rossi, every race is a home race. He turns MotoGP grandstands across the world a sea of yellow - his traditional lucky colour.

In more than two decades of Grand Prix racing, Rossi has seen it all. The deaths of rivals and friends, the glory of his unprecedented success, serious injuries, fabulous wealth, the greatest battles ever seen on two wheels, the infamous on- and off-track clashes with his fiercest rivals....

Using exclusive new interviews with those who have been part of Rossi's story from start to finish, critically acclaimed and best-selling motorsport author Stuart Barker has produced the most in-depth book ever written about the Italian superstar - a tale of speed, love and loss, told in full for the very first time, in all its adrenalin-charged, high-octane glory.

What listeners say about Valentino Rossi

The problem with sporting biographies, is that they instantly become out of date if the personality being written about continues in their chosen sport, as did Valentino Rossi in 2020. This also meant we did not get to hear about Roussi getting covid 19. But, What I love about this book is how balanced and honest it is in the way it doesn't just reveal all of the brilliance and statistics about Valentino, but also the darker side of his ruthless competitive spirit. A great book.

listened from start to finish in one sitting, good the bad and the ugly, still love Rossi. never in our lifetime will you see the like again.

Nuff said. There is only one Valentino Rossi. He has given me and my wife so much pleasure over the years. I still maintain that he has 10 yes TEN World Championships because he was ripped off by Marquez and his baulking of Valentino. Forza Valentino!!!

Of its type It’s a good book. It is well read except for the shocking pronunciation of some of the key players. I’m sure with some simple editorial guidance this could have been easily sorted. It’s unlikely to be a book for a casual listener and so the people who download are going to be very aware of the correct names. It’s not George Lorenzo for instance!