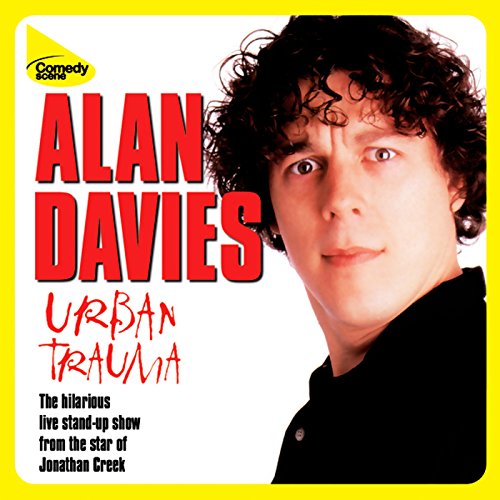 The hilarious new live stand-up show from the star of Jonathan Creek.

As well known for his brilliant stand-up comedy as for his universally popular role as Jonathan Creek, Urban Trauma features Alan at his very funniest in this sell out live stand-up show filmed at the Duchess.

Join Alan as he renounces Satan, tries to keep his terrorising cats under control and shares his plans to launch 'pants in the laundry basket' as an Olympic sport, while the packed audience is kept in stitches at his hilarious surrealist comedy.

What listeners say about Urban Trauma

Being funny seems to come so easily to Alan Davies. Love his TV show, Jonathan Creek and his appearance on Q & A. Very entertaining.

Rubbish. loads of bits cut out compared to the CD

poorly constructed audible recording. Most of the airline sketch missing. sections of the Tina turner sketch cut out. A real disappointment. bought the audible to replace my damaged CD. total waste of a credit

I love this show and, like another reviewer, bought it to replace my broken CD. There’s quite a bit missing, really disappointed.

It's not the full set. Sections have been (poorly) edited out. I am assuming this has been done to make it PG but I couldn't see any warning. It's still very funny but if you know the original the edits stand out jarringly and do impact on the enjoyment.