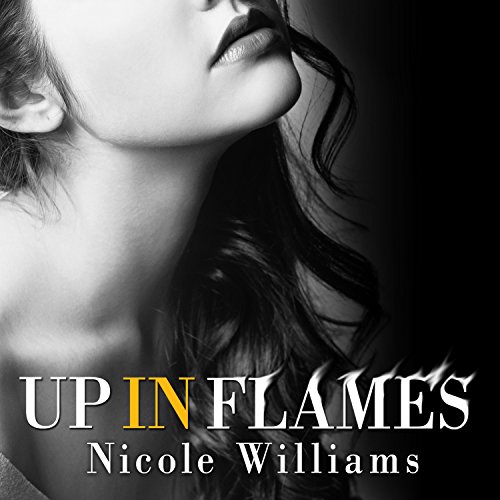 Elle's life couldn't possibly get any more small town. She was raised in the same home as the two generations before her, her family owns the iconic downtown cafe, and she's been dating the pastor's son since she was allowed to go on her first date at sixteen.

Cole's life couldn't possibly get any larger. He's tried. Roaming from town to town for the past three summers as a smokejumper, Cole dreads the thought of putting down roots. The only thing he avoids more than that is settling down with one woman, especially when there are as many willing women as there are trees in the forest he jumps out of planes to save.

Elle Montgomery's life is going one way. And Cole Carson's is going the opposite. There's no reason their paths should ever intersect, even in a small town in central Washington. But summer in the Methow Valley has other plans for Elle and Cole.

After an awkward run-in at the local swimming hole, Elle tries to keep away from the guy who looks at her like she's already lying beneath him in bed. She fails. Cole is about as successful at staying away from the girl who seems immune to his charms. As the summer heats up, and tensions between Elle and Cole run high, Cole begins to realize there's more he's attracted to than Elle's body, and she discovers there's a lot more to the man that jumps out of planes into raging forest fires than meets the eye.

What listeners say about Up in Flames

Oh the follies of 18 year olds.

Well, I like this writer. The heroine of this story is 18, and she acts it. She is a nice girl and you like her, but she lets mountains become molehills and makes a habit of creating more problems by avoiding conflict. That's what eighteen year olds do, right? At least that's what I did. Drama was everything. So, bear all this in mind before buying. The 18-25 year old crowd might find more logic in Elle's behavior. I found little.

I like the writing, it's just that the characters were not what I'm looking for. I will look into some of Ms. Williams other work to see if something fits me better.

Too Young for Me

I have a different take on this book then the other reviewers. I’m not sure that I really liked it. I did not hate it but overall I felt like I was too old and could not relate to the characters. I've read other teen inspired stories but this is not one I really enjoyed from start to finish. I was upset that Elle was so weak and then a cheater on top of that. I cannot believe anyone could be that naive. I cannot say that I would recommend this book. Especially not for the price. If it was on sale and you go in with the right expectations, then maybe I would say get it because it is not a terrible listen. I just think the characters were too immature for my tastes. So I give this mixed reviews.

This was an easy enjoyable listen. The narrator was suitable.
Some may feel Elle was a cheater rather than someone who had to find the courage to 'say no' and change her life. If you have never been there - you may find it hard to understand how much courage that takes... but she did find it eventually.
All in all, it was a worthwhile listen - I would classify as a young adult romance.

Ok so I'm a sucker for this type of story. It's good with just enough angst to make me a happy girl. This is a few shades darker than a light romantic listen but not many. It's one that pulled me into that fictional place and time for a few hours of my time. I consider it a credit well spent.

The story overall was okay, but for any of those who abhor cheating, stay away. She cheats on her life-long boyfriend all the way through the book, even intentionally using him to make her new guy jealous. They were both good guys and she didn't deserve either of them.

This was more YA than I expected.

If you want very young (18 year old) love you may like it. I did finish it but may not try this author again.

Love the book! It was amazing. From start to finish. You feel like you are really there.

I could not stand the heroine

By the time the story ended, I was done. I was done with the story 1 hour and 15 minutes before it ended. Elle should have made up her mind and taken care of things long before she did. I did not trust her feelings in the end. She was too wishy washy. I feel the heroine made her choices by how turned on she was the guy she was with. Why did these guys want her?

If I was the publisher, I would change the narrator for this book. Allyson Ryan did a good job with the secondary female voices, but the male voices sounded like grunts, like it was hurting her voice. The male character voices sounded like a high school girl imitating a male voice. It sounded painful. I have listened to audio books for years and this narrator has to be one of the top 10 worst. I have seen she has done other books that I have loved. I am not sure how she did those voices because of the series she has narrated was my favorite and I would hate readers to be turned off by the series simply because of the narration. The narrator needs more practice with the male voices.

Would you try another book from Nicole Williams and/or Allyson Ryan?

Yes, I plan on trying more of Nicole Williams's books.

I thought the ending was a little far fetched if I'm being honest.

I liked Allyson's voice a lot, she made for an easy listen.

Was Up in Flames worth the listening time?

I'd say yes since it isn't a long story.

Didn't grab me as much as Nicole William's Crash series but still a sweet love story.

“We live our lives afraid of change and if we were to just embrace it instead, it wouldn’t seem like such a big deal when it hits us.”

Fantastic but too short!

This book was brilliant. Excellent story line which was believable and well read. Should particularly appeal to those like me who like small town story settings and small town characters who've perhaps led small but significant lives. The love triangle may be upsetting to some but I enjoyed it with just the right level of emotion being inflicted upon me and I have to say that the few 'love scenes' that appear in this book were the hottest I've read in a long time in that un-porn, un-erotic but rather the real, raw and pure way other books nowadays fail to portray love scenes. It was romance, but real kind which is hotter than the kind that read like pornos written by men. Love it and look forward to more from this author.