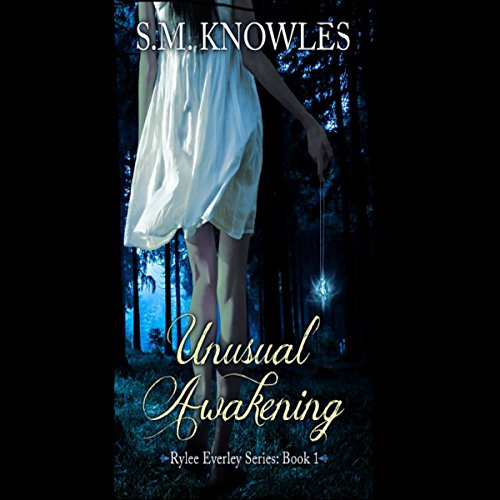 With tears and a tight hug, Rylee Everley's dad left for Afghanistan with the Army Reserve. Since his deployment, her mom has been distant, her sisters are constantly fighting, and Rylee, at only 13 years old, has to be the glue to keep them together. While her mother stays locked in her room, Rylee has been forced into the role of parent. Now, two years later, a freak accident involving a bus at school promises to restore some normality to her family. In spite of not knowing how their father is, her mother is happy, and her sisters don't seem to fight as much as they used to. Rylee herself is seeing more of her friends and is even trying to sort out her own feelings about Brock Parker. However, something dark threatens to disrupt that normality for personal gain, and that darkness is willing to break every rule to get what it wants.

What listeners say about Unusual Awakening

What made the experience of listening to Unusual Awakening the most enjoyable?

The performance. Other than the slight lisp the narrator has on the letter S her voice is really pleasant, soothing, and all the while captivating. While the story itself kind of started ticking me off with how it seemed to use words to show off vocabulary rather than just get the story out... the narration helped ground it in a strange way. So the reason the performance gets 5 stars from me is because it elevated a story I would have normally stopped reading long ago.

Not for a while.

When it finally got past the daily life stuff. It felt like it took so long to get there I can't even recall the exact point in the actual book it happened. But thank god it did.

When I got up to do chores while listening.

The reason I say this story is "goofy" is when the actual events in the story are pulled out of the language used in the book. Like when the character manages to fall INTO a bus. Not get hit by it.... she hits IT. I know the author meant something with it but I'm sitting there wondering if I should be laughing this much or if I'm supposed to feel sorry for the character.

When you think about some of them then you are left thinking...."Wait THAT happened? But why? Why is that bookworthy? That's so... goofy sounding."

I absolutely LOVED this story! It made me feel emotional for the main character when her dad left. It made my heart race. It made me feel all sorts of things and I couldn't get enough! I only wish I could listen to more! I'm adding this author to my favorites!

I would absolutely not recommend this book to anyone I like. This should be prescribed as punishment.

What was most disappointing about S.M. Knowles’s story?

This is just the beginning of the main character's stupidity. Like I said, she falls into a bus. She's also a terrible person and contradicts herself. She says that she doesn't want to make people worry about her, and then she does something stupid like lying to her best friend that she's not going to the winter formal, simply because she finds it funny that her best friend is so upset about it. She also muses, "Ohh, WHAT is this mysterious stuff that's happening?!" as if to play up the supernatural element, but all it does it make her look even more stupid.

There are also some pretty weird metaphors, like trees swaying like sad children whose toys were taken away.

I was waiting for something exciting to happen, but all I got in the end was nonsense trying to sound profound. Even the "antagonist" had a weak motivation. Much of the plot sounded like an afterthought and none of it was developed thoroughly. It seemed as though the author wanted to write a heartwarming family story, then kept adding on elements that only added confusion to the plot.

Which character – as performed by Heidi Tabing – was your favorite?

I think I like the mom the best. There was one scene toward the end where the main character confronts her mom about being absent after dad had left. That scene was the saving grace that led me to rate the story two stars instead of one.

The narrator has a soothing, rather expressive way of narrating the book. I also liked how she voiced the twins. For the most part, her narration kept me engaged in the nonexistent plot, though there were a few times it sounded as if she was bored with narrating the pointless story. Those parts, however, were written pretty blandly in the first place.

Was Unusual Awakening worth the listening time?

No. It kept me somewhat entertained during my work day, but most of the time I wondered, "WHAT is happening in this story?!"

The author needs to work on her craft. I am appalled that this was published. Most of it sounded like something a junior high or high school student would write.