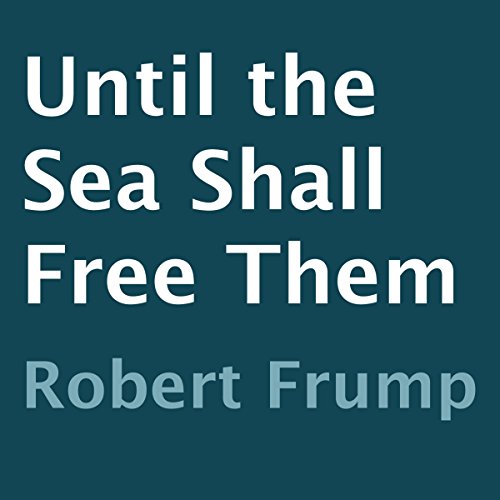 Until the Sea Shall Free Them

Until the Sea Shall Free Them

The men on the SS Marine Electric sailed into a storm in February 1983 not knowing that they would make history - at a great cost in lives. Just three men survived the wreck of the Marine Electric off the shores of Virginia and they found that their struggle had just begun once they got back to shore. Blamed for the wreck, they fought back and broke a code of silence that had covered up sloppy ship inspections for decades and revealed the flaws in old World War II rust buckets that were still at sea long past their functional lifetime.

A story of adventure at sea and survival in the court systems, Until the Sea Shall Free Them takes on the issues The Perfect Storm presented.

What listeners say about Until the Sea Shall Free Them

Interesting, but not a great listen

The overall effect is Bob Dylan reading bad Hemingway, i.e. frankly annoying, and the writing, while workmanlike, is illiterate in spots: German U-boats did not create a "Maelstrom" for US merchant shipping, for God's sake!

The narrator has a strange, over-dramatic, cadence and the depressingly usual trouble with the unfamiliar: "Admiralty" comes out "admirality", "Dominic" is, inexplicably, "Dominique" (most Doms I knew wouldn't like that at all) and "Babineau" is "Babinow". He affects a bizzarre, ostensibly Bostonian, accent for the he crew members and their families, which sounds like a speech impediment.

Nevertheless, this book is the result of a fine and important piece of journalism and will be of substantial interest and worth the annoyance to anyone enamored of ships, mariners, and tales of survival at sea. I am in that category and it certainly made the dishes and the gym go faster for a week.

A great book to read

Unfortunately, the narration is awful. I loved the book. I read the book twice. Can't listen to it though.

As a professional maritime worker, I found the book informative and insightful. Highly recommend anyone interested in organizational safety and the history of the modern seafarer. The economic underpinnings of vessel life and how many of the items we use or perhaps take for granted move around the world is informative. Great balance with human emotion of the plight of a crew. Thanks

If you have never been to sea there's enough explanation to help you understand the technical aspects. If you have been to sea you won't be overwhelmed by unnecessary description and your mind will complete the picture. The author draws a good balance. Some of the reviews I read dissed the narrator. But I think it was kind of cool to have the story read by Batman. There was a song written about the MARINE ELECTRIC disaster called "Take your pay" by Jerry Cronin and sung by Dramtreeo. It, like all of Dramtreeo's work, is a good listen.

The story was pretty good, I was only somewhat familiar with the Marine Electric before. But... I didn't really enjoy it due to the narrator. His voice is a weird cross between Keanu Reeves in the "Bill and Ted" movies and James Earl Jones. Positively mind numbing, the only break from which is his atrocious attempt at a Massachusetts accent, which sounds like Elmer Fudd. If you listen to books to nod off, it would work great. If, as I do, you listen to books while driving (I'm a longhaul trucker), this one should be a hard pass.......

This story was very good. I fully expected when it got into the court proceedings that it would bog down & get boring but it didnt. The guy reading it however, bothered me thru the whole book. It sounded like he was auditioning to be Batman or telling a scary story around a campfire. It got old & annoying fast. If you can deal with that, this is a very good book.

I wasn’t sure how there could be enough material for this book. There was. The narrator is different than most but I grew to like his style. This truly is a hidden gem.

Narrator is HORRIBLE thou the story is interesting

I’ve been wanting to read this book but never found time to; therefore, I was glad to have found an audio version. Unfortunately, the narrator sucks soooooooooooo bad that I can hardly hear him mumbling unless I listen in really close. It makes it worse if you plan on listening while driving. Completely ruined a good story; wish there’s function that I can adjust the tone or the pitch of the voice.

Never a dull moment, this writer captured and presented an amazing narrative of the Marine Electric and surrounding data. Their story was told.