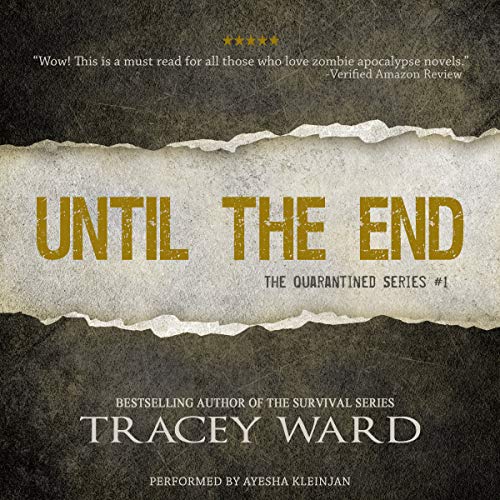 An outbreak of "The Fever" has taken hold of Portland, Oregon, bringing the population to its knees. "The Fever" spreads and kills quickly, but the dead aren't staying dead.

When her neighbor, Jordan, saves her from an infected, Alissa joins him in his plan to escape the city, the zombies and the threat of a quarantine that will lock the living in with the undead.

What she doesn't tell him is that she has an illness of her own, one that plays tricks with her mind and makes her a dangerous companion. But Jordan has a secret as well, one that compels him to keep Alissa, a veritable stranger, safe at all costs.

As they fight for their lives and race for their freedom, they'll discover that what they truly need in order to survive is to stay together until the end.

*Due to language and violence, this book is not recommended for listeners under the age of 16.

What listeners say about Until the End