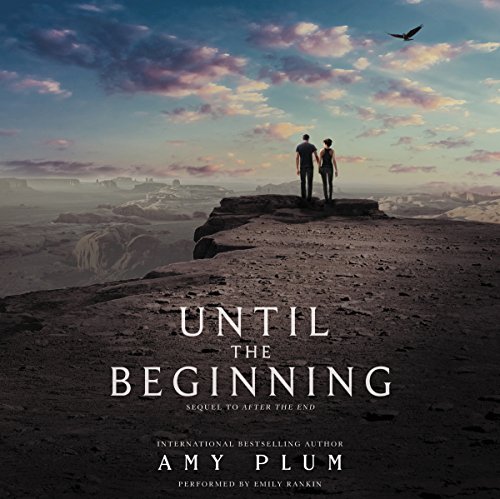 "I have had a powerful weapon at my fingertips my whole life, but I'm finally learning to wield it. I feel unstoppable."

When Juneau's clan disappeared, she lost more than her friends and family; she lost her entire world. She discovered her life was a lie - her people weren't living in the wilderness because they were the sole survivors of a nuclear war. They were in hiding, hoping no one would find them and learn their secret: They never get sick, they hardly age, and they have the power to communicate with nature.

Juneau is closer than ever to finding them, and she couldn't have gotten this far without Miles. Although he originally pursued her with the goal of turning her over to his father, he has become her greatest ally. Even as an outsider, Miles has helped Juneau realize she is far more powerful than she'd ever believed.

But now the same people who took Juneau's clan are after her, too. Somehow she is the key to unlocking the mystery of her people's gifts. To rescue her clan and protect their secrets, Juneau must push past the boundaries of what she was taught, to discover what she is truly capable of.

What listeners say about Until the Beginning

I had really enjoyed the first book - After The End. It was a great way to relook at YA dystopian, featuring a bit of a lone wolf strong female character having to navigate a landscape of new realities. Her resilience and thoughtfulness, as she quietly took on the challenges, was rewarding. But with this second book, nearly all of that character development was thrown out the window in favor of a lot of a lot of preachy Earth-mother mysticism and braggadocio. Sadly, that translated into a lack of investment in the characters or plot.

Story: Juneau and Miles wanted to disappear quietly - but others have different plans for the teens. Most specifically, somewhat wants the secrets of Yara and is willing to kidnap and kill Juneau's clan to get it. It's up to Miles and Juneau to formulate a way to save her people.

Interesting, I found this second book had a lot of the same hallmarks but also issues as Plum's previous series, The Revenants. Both feature themes about people trying to do good (and the harm that can come from it). They both have antagonists that want to corrupt the good for selfish reasons. And both have storylines that falter and stagnate midway. In listening to both, I had a hard time staying invested and became bored quickly. The writing is lovely but very simplististic and straightforward, lacking in nuance and distinctness.

Most problematic for me was that the character development of the first book was sadly lost here. Yes, our characters should be more comfortable with each other and so situations are relaxed and easy. But at the same time, they do still barely know each other. By the end, Miles never grew more and Juneau became a very unrealistic messiah. Once again, the teens save the world (or in, this case, Juneau single handedly wraps up the story). But before that, be prepared for a long and somewhat uninteresting 'filler' known as the road trip.

I didn't dislike Until the Beginning and did finish it. It wrapped up without surprises and pretty much as I expected. But I have to accept at this point that perhaps Plum's gentle writing style isn't for me. I'm looking for something more unique and edgier. Note: I listened to the Audible version and the narration was fine.

Awesome!! What a great second book.

I really like the way this was written. I've been waiting so long for the second book and an extremely happy with the way it went. The pure emotions Amy writes into the story are really hard to beat.

This is a fitting conclusion to Juneau's story, although not nearly as interesting as the first book in this series. The book is certainly enjoyable but seemed to me to be less satisfying than expected. I guess my expectations were a little too high after the delightful After the End. The conflict of Juneau's confusion of learning the world was not destroyed in war was much more interesting than being a pawn between three old men and their assorted henchmen.

Amazing story and concept, read the first one online and had to read this one

Fantastic story it really pulls you in!

It's a wild ride that keeps you wanting the next chapter. It's hard to put down. I'm loving this story line and want it to continue... hint, hint.

Juneau and Miles make this adventure so fun

The banter and chemistry between Juneau and Miles make their road trip extra fun, especially in this book (#2).

This really was a continuation of her first book, as the first book ended at an odd place, but still a good ending for Juneau, Miles, and her clan. Another solid book, and if there is a third book, I'll be reading it as well.

Is This A Book For Teens?

Just basic story-unimaginative, too much dialog that is meaningless-especially Juno. This story DRAGS on. Too bad.

I really enjoyed this book and the first. No complaints other then a request for more. I NEED MORE!!!

This really was a good story and had me enthralled until the end. But I am only going to review this the second part and not the first part 'After the End' as I really feel these two books are a single novel that has been split, (probably at the publisher's behest) to make two books out of. two books = more money greedy, just greedy.