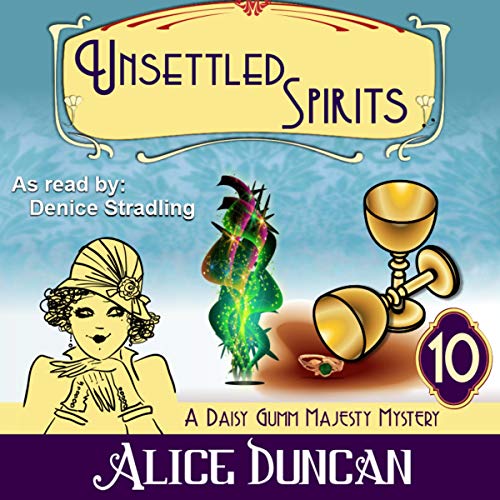 People are dropping dead after communion services at Daisy's church; Detective Sam Rotondo has finally professed his love for Daisy; and Daisy sees swaying trees in her crystal ball, a prop in which she doesn't place any faith.

But when the crystal ball's image leads Daisy to her client's missing butler, and then a bunch of bootleggers, Daisy unknowingly bumps into the man responsible for the parishioners' deaths. She doesn't recognize him, but he recognizes her and that lands Daisy at the top of his to-be-murdered list.

"Well plotted with a band of whimsical characters and genuine humor...as comforting as a warm mug of cocoa on a blustery day." (Diane Morasco, RT Book Reviews)

What listeners say about Unsettled Spirits