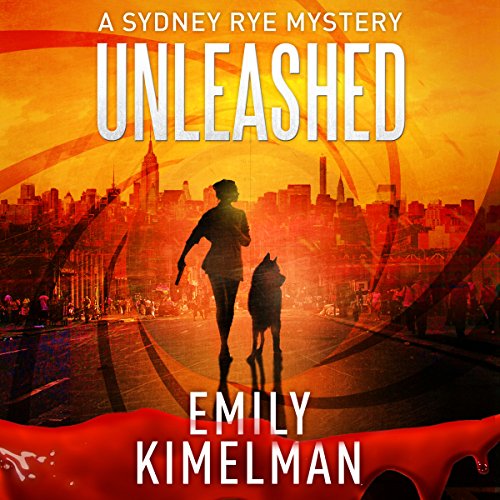 One of Joy Humbolt's dog walking clients turns up dead and she begins to look into the crime, first out of curiosity and then out of anger. As she digs deep into the secrets of Manhattan's elite, Joy gets too close to the killer with disastrous consequences.

What listeners say about Unleashed

Good story - far too much swearing

I really liked the story but the swearing really ruined it for me. Too bad as I won't read another one of her books for that reason. I'm no prude and a good story just doesn't need to be so crude to be true-to-life. I spent 24 years in the military and I nor the people I worked with spoke as foul as this main character.

The Making of a PI

I enjoyed this book because it had a great storyline, the characters were fun and witty and the bittersweet end got me hooked. I'm looking forward to reading the entire series. the narration was also well done, adding to the story. Recommend!

Coming of Age intertwined with a detective mystery

I am not sure exactly what I was kind of book this would be when I requested it from Audiobook Jukebox. I have seen the series around, downloaded the first book for free from Amazon, and even did a Choose the Narrator Tour for the series back in March. But I hadn't read it. One thing I can say: this is not a cozy mystery. It is very much a cross between a thriller and a detective mystery interwined with a coming of age story. Because that's what Joy Humbolt does in the book, she grows up the hard way.

The book opens on Joy Humbolt telling us she became Sydney Rye, how it all started. Joy is a young woman, who's biggest problem each day is how blitzed to get when she goes out with her brother and friends. As a pretentious barista in a non chain coffee shop, and recently breaking up with her loser boyfriend Marcus, she snaps and loses in the middle of her shift. The victim, a middle aged woman who comes in orders a drink, really wanting a Frappuccino® trademark item, but clueless about what she will really be getting. Needless to say the manager fires her, especially after she makes a comment about him masturbating in the beans. Yes, Joy is that young and stupid.

In a fit of pique, she heads off to the pound to get a dog. One that will give her the unconditional love and support that she hasn't been able to find from either a boyfriend or her mother. She ends up with Blue. Blue has one blue eye, one brown eye, has the head shape of a collie, with the body size of a great dane and the coloring of a siberian husky. He is a big, big dog, but she falls in love with him at first glance. It is Blue that leads her neighbor to tell Joy about a friend of a friend who knows someone who has a dog walking business she wants to sell. Which leads to her discovering a dead body and eventually becoming Sydney Rye.

This wasn't like anything I have read before. I tend to stick to cozy mysteries, though I am a fan of soft-boiled mysteries. This was darker, harder, grittier. Joy had to grow up fast and is left to deal with the consequences of her actions and how they affect other people. She ends up seeing the darker side of humanity, both in others and in herself.

Sonja Field had an interesting take on Joy. Sonja really nailed a lot of the voices, especially that New York Jewish motherly tone and the bored socialites. One voice in particular, I didn't agree with, at least not until after the book ended and I really thought about it. Now I think she was foreshadowing with her voice. Scary good job. The most interesting thing was the change in Joy's voice and tone. She starts as an annoying Young Adult and gradually progresses into something more mature and seasoned.

This reminded me very much of the Holly Barker series by Stuart Woods. It's definitely not for everyone, but I do think I will be going back for seconds. There are several books in the series out, and I am sure that more audiobooks will follow. This earned 3 stars from me.

I hope the sties is as Interesting as Book 1.

A few interesting twists and turns to keep you involved. A good bit of local NYC color to make expats want to return. Anything can happen in the big Apple so the implausible seems to work.

Half cozy, half crazed

I bought it because of the dog, but he's a minor sidekick in the tale, which starts as an urban cozy and switches, mid-story, into something more ragged and wild. Enjoying this story requires major suspension of disbelief. I don't think that the police would fail to test the blood at a crime scene, for instance, even if the fix is in.

Instead, dog-walker turned crime fighter figures it out largely on her own, with the dog by her side, once taking a bullet for her. That's not a spoiler, as the narrator reveals this detail-to-come on the first page.

About the much-maligned narrator. Calm down, people. Yes, she starts out slowly, maybe too slowly, but she speeds up and inhabits a great variety of New York voices with agility and charm. I like her.

And I like this story. I especially like how every time I was thinking we were hip deep in the weeds of stereotypes, the writer pulled past them with surprises.

The mixture of the narrator's great voicing and the writer's attention to detail, enveloping world, and amazing descriptions of the world made thia one of the best books I've read all year.

After reading several comments, I didn't think this audiobook would be one I would like. When I started listening to this audiobook I was happy to be wrong. The story started slow but picked up its pace and turned out to be a book I enjoyed. I'd have to say it was a nice surprise. Sonja Field did a nice job bringing the characters to life. I'm looking forward to the next book in the series.

Awful in so many ways

I bought this book because I am a dog lover, a dog trainer in fact, and I thought this was about a woman detective who works with her dog as in Susan Conant mysteries. Really this about a ridiculous young woman who suddenly becomes a dog walker and dog owner while knowing nothing about dogs. She basically neglects the one she has. The story quickly takes a turn into murder, veers into S&M rather gratuitously, and then our heroine decides to take the law into her own hands and commit cold blooded murder of someone who arguably deserves it, but I could not root for vigilantism nonetheless. Just.awful.

I could barely get through this book.

I had high hopes for this book, but it was all I could do to finish it. (I wish I'd just returned the book halfway through.) The writing is really amateurish with very little character development. I never could warm up to the main character. As for the dog that they promised doesn't die in the book, well that is true, but that is because the dog barely plays a part in the story. I wont be continuing with the series.

I couldn't stop listening. Joy has found her calling amid all her heartbreak. I loved it.