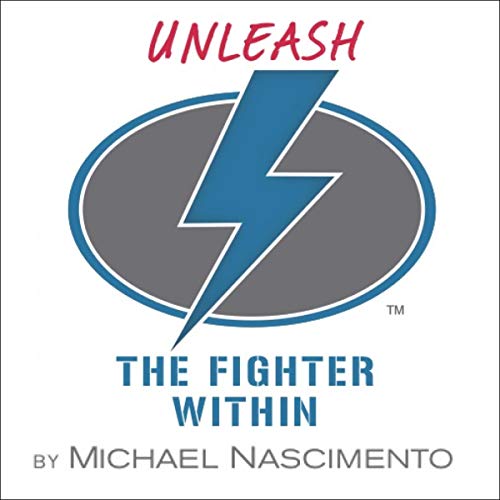 Unleash the Fighter Within

The author Michael Nascimento tells of his amazing story of playing football and running track in college despite nine fractures in his lower back that he sustained when he was hit by a drunk driver at the age of 14. After nearly a year and a half of rehabilitation, that included wearing a large plastic brace around his torso for 16 weeks, one of the nine fractures never healed and would stay with him indefinitely.

Although he would never know a day since his accident without some degree of pain due to his fracture, Mike decided to ignore the unrelenting discomfort in his back and live his life independent of his setbacks. He eventually shattered the set medical standard of the time by playing football and sprinting for Brigham Young University.

From that lone fracture, the fighter that God put inside him was never quieted since. To be able to accomplish such a feat, this young man was first required by his doctor to strengthen his abdominal and core muscles like no other patient had done before. In hopes to compensate for the structural weakness in his spine, Mike’s orthopedic surgeon required that he do 500 abdominal crunches in one sitting before he could ever play football again.

Unsure how to achieve such an imposing physical task, Mike set out on his own personal spiritual quest of sorts where he would discover the incredible fighter’s spirit that has been placed within each of us. Then 15 years old, Mike went on to smash the required number of 500 crunches set by his doctor by eventually doing 1,300 consecutive crunches over the span of 28 minutes, all with a ten pound weight across his chest. And it was that fighter found within him that allowed Mike to push himself all the way to the moment that he saw himself living his dream of playing football in the NCAA.

As to how he was able to transcend all medical expectations by playing football and running track for the BYU Cougars with a broken back, Mike’s atypical response is one of inspiration: “God put the fighter in me and helped me to accomplish what I did. God didn’t do the sit-ups for me. I did them. Some have faith to heal others, others have faith to be healed, I had faith that God didn’t want me to stop. Why would he?"

I kept going because that was the only option I had beyond major surgery and no guarantees. But I did have one solid guarantee: that the fighter within would come out on top - acting just as God had intended when he created us.

Now, looking to reset the standard for inspiring others to overcome adversity, Michael Nascimento has collected a number of quotes, anecdotes, and true stories (including his own inspirational story of fighting in life) that have all been meticulously compiled together for one purpose, for one mission: unleashing the fighter within!

What listeners say about Unleash the Fighter Within