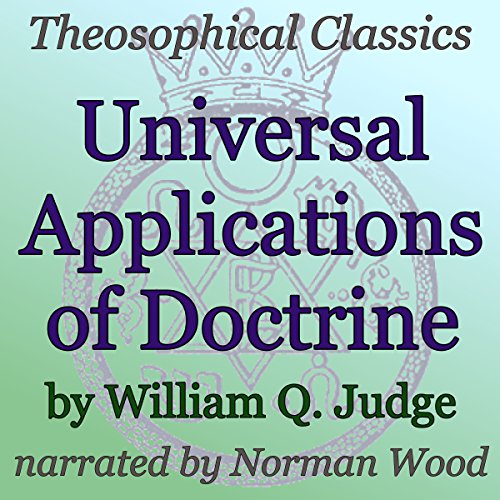 Originally published in 1889, prominent theosophist and writer William Q. Judge addresses what he sees as failings in the Theosophical Society. He wants members to put their focus outward, toward humanity, instead of focusing, selfishly, on their own fates in life and after. He quotes from the Upanishads, discusses the astral light, and talks about karma, manvantara, and the theosophical concept of the Devachan (where souls go after death), among other things.

What listeners say about Universal Applications of Doctrine