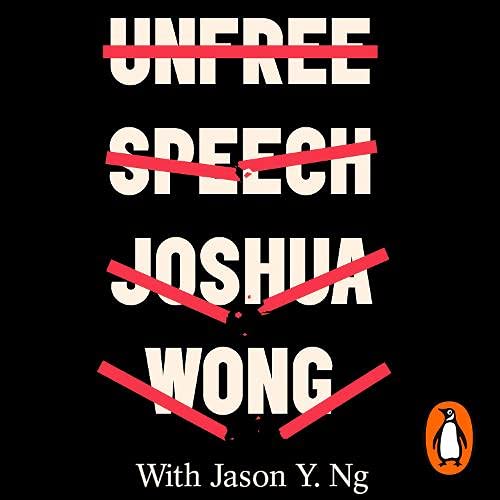 At what point do you stand up to power?

Age 14, Joshua Wong made history. While the adults stayed silent, Joshua staged the first ever student protest in Hong Kong to oppose National Education - and won.

Since then Joshua founded Demosisto, led the Umbrella Revolution and spearheaded the Extradition Bill protests, which have seen an estimated 2 million people - more than a quarter of the population - take to Hong Kong’s streets. His actions have sparked worldwide attention, a Nobel Peace Prize nomination and over 100 days in jail.

In Unfree Speech, Joshua tells his story for the first time. Composed in three parts, Joshua chronicles his path to politics, collects the letters he wrote as a political prisoner under the Chinese state, and closes with a powerful and urgent call for all of us around the world to defend our democratic rights.

Hong Kong is the canary in the coal mine. When we stay silent, no-one is safe: when we free our speech, they can’t stop all of us.

What listeners say about Unfree Speech

Exceptional and a must read for everyone

very easy listen and highly informative. a must read for anyone who values their own opinions and freedom of speech.

A 21st century classic, a must-read for all free people.

Here is the story of the pending birth of the Republic of Hong Kong, as told by its inspirational democratic leader Mr Joshua Wong.

A chilling insight into the dystopian vision of the failed CCP regime, and the story of how it is has been repelled by Mr Wong and his fellow democratic 20-somethings who have inspired the free world.

Destined to be a history classic in post-CCP China, Hong Kong, Taiwan and the democratic world for generations to come.

A tour de force narrative that will be instantly familiar to readers of Orwell and Hitchens.