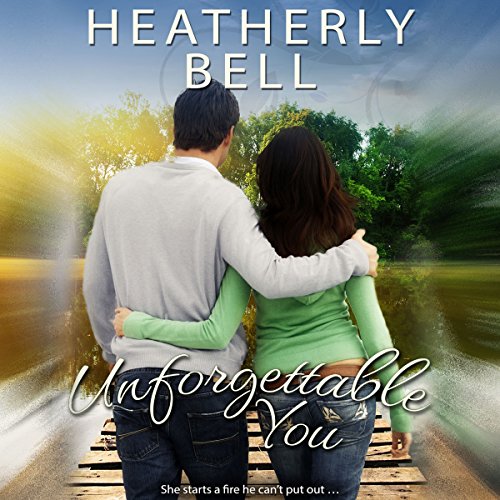 Some people are impossible to forget.... Dumped by her fiancée, Diana wants a life do-over. What she needs is a change of scenery, and she just might find that in Starlight Hill. But when Diana is the victim of a fire and rescued by her teenage crush, she'll be forced to remind her heart frequently that she's sworn off men.

Tough and wild Scott has changed from his days as a love 'em and leave 'em type, making it difficult for Diana to remember why she gave up on love in the first place. Scott was an adrenaline-junkie firefighter with a wild past until a painful mistake changed his life forever.

When Diana's rescue is filmed and goes viral, his first instincts are to protect and fix. There's something about being around Diana that makes him feel human again, and like he can be the man she believes he is. The kind of man she deserves. But first he'll have to forgive himself.

What listeners say about Unforgettable You

Not worth an hour!

This is such a simple silly juvenile story. The narration is not good. The characters are forgettable. Don’t waste your time

It's a good book to just pass the time but lots and lots of rehashing of thoughts. By the end, I was skipping ahead because the characters would have the same arguments or thoughts over and over again. It was obvious that Dianna and Scott were crazy about one another but fabricated lots of unnecessary complications for themselves. It was fine that this was an audible plus book but I wouldn't waste a credit for it.

Cute and predictable love story. Worth a listen since it's free. Narration was just okay.

this and the first two are heart warming you can e

What a great story! It was fun and was written with a smooth touch.
Maxine Mitchell did a fantastic job narrating it. She had a lot of emotions in the characters voices. Don’t miss this great story!

I loved the others, but this one just didn’t do it for me. I got bored and kept putting off starting listening again. DNF, which is very rare for me.

this book was great and I can't wait to read more books by this author.