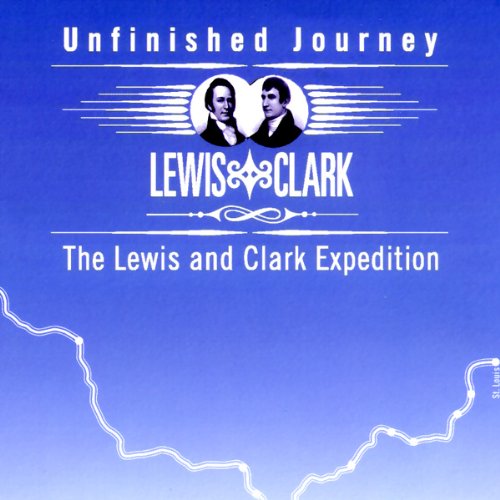 Narrated by award-winning actor Peter Coyote, Unfinished Journey uses journal passages written by expedition members and essays written by top scholars to illuminate the history of the American West from the perspective of the Lewis and Clark expedition. This multi-part series taps the latest scholarship about the Corps of Discovery, the voices of Native Americans, and two centuries of America's cultural history.

Unfinished Journey provides a snapshot of the social relationships of the day in both native and white culture, and a look at how 21st-century Americans are trying to restore some of what has been lost since the expedition sought a water route from the Missouri River to the Pacific Ocean.

Lewis and Clark expert Clay Jenkinson, a Rhodes and Danforth scholar and scholar-in-residence at Lewis & Clark College, guides the programs and concludes each hour with a thoughtful reflection on the subject at hand and its meaning at the 200th anniversary of the Corps of Discovery.

What listeners say about Unfinished Journey

Don't waste your time. Love the Lewis & Clark adventure. Hate this attempt to modernize it by sending very bad radio reporters around the country to gather insights about the expedition.

Not what I expected but ...

I was looking for first hand accounts of undeveloped North America through the eyes of the first Europeans to see it. There was only a little of that, but as I learned it is because there was never much of that recorded. Lewis was supposed to write a book but never did, so there are only journals he and others made which are thin in details and descriptions.

Instead this 'book' (a public radio series in fact) provides a lot of interesting and expert views on the journey, and what they did and did not accomplish.

There was also a lot of perspective on the impact of the encounters and what followed on the native people and their way of life. I found this fascinating, sad, and very thought provoking.

Lots of information here that I never knew about. Well written and narrated. Interesting presentation done by PRI. Very informative for the person that wants to know about Lewis and Clark and this time period in America.

Liked all the variety -- it included readings from the journals, interviews with many experts, music, interpretations on the significance of the events, and more. An enjoyable listening experience.